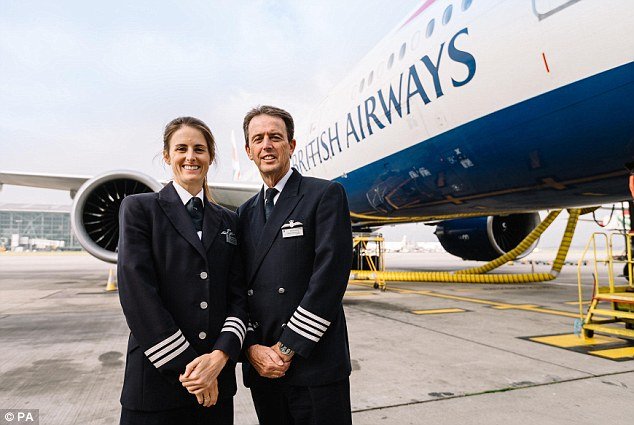 The only father-daughter team on the British Airways’s Boeing 777 flew together for the final time yesterday.

After joining the airline in 1984, Woodruffe held the role of captain. He said he felt mixed emotions flying alongside his daughter during his final flight.

The duo from Horsham, West Sussex have operated around a dozen flights together during which Kat would call him “captain, dad and occasionally Dave”, Belfast Telegraph news website reported.