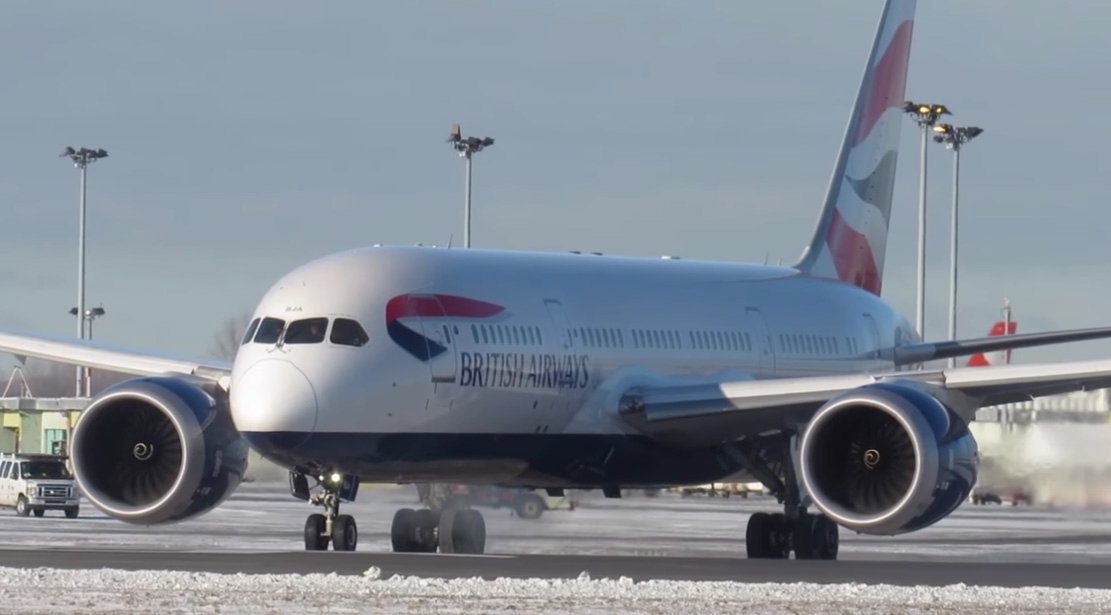 After suffering a 12 hour delay in Montreal, British Airways flight 94 was ready to go back home when Montreal Tower noticed a lot of smoke coming from its number 2 engine/main landing gear causing the emergency vehicles to come out to inspect the area. As well as causing the aircraft to shut both engines down. The aircraft then departed without any further incident.