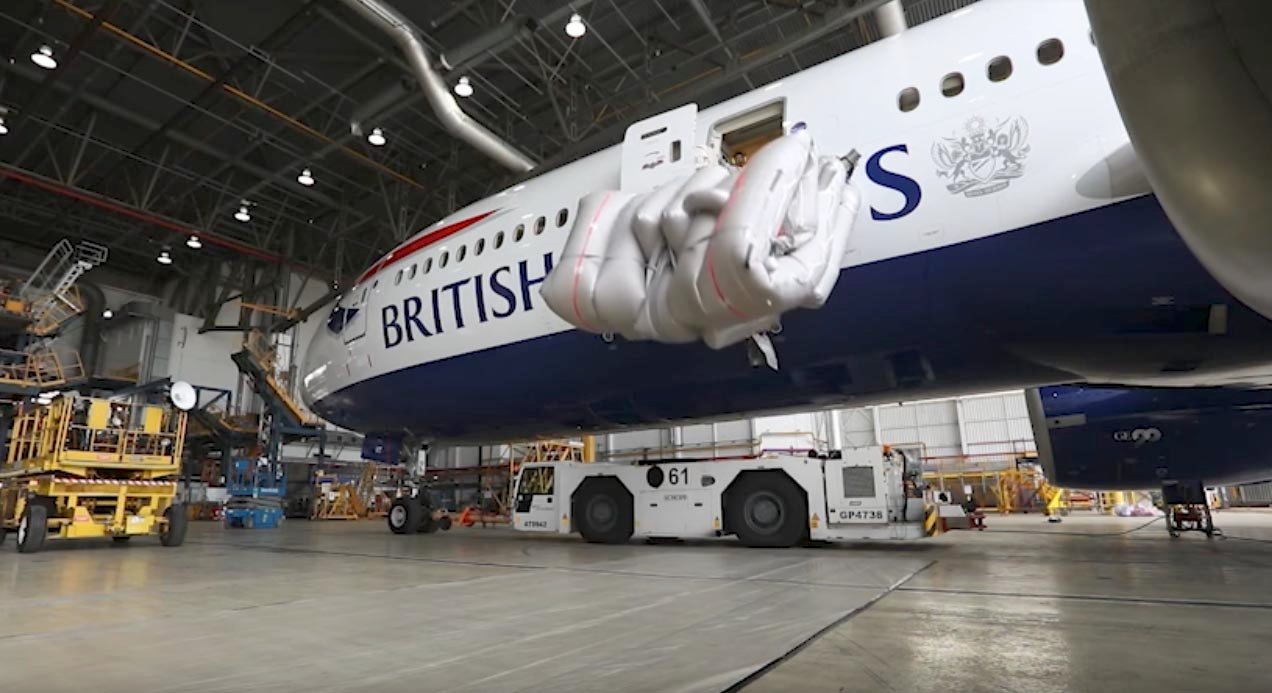 While it’s exceptionally rare for an aircraft’s slides to have to be deployed, every commercial aircraft is fitted with a number of them, to ensure that in the event of an emergency, customers can get off the aircraft quickly and safely. The huge inflatables which can be up to 14 metres (or 46 ft) long, are a crucial part of an aircraft’s safety kit.

The aircraft shown on the video is one of British Airways’ Boeing 777-200 planes at Gatwick, which is fitted with eight slides. Peter Dyer explains that if the aircraft door is opened when it is in what is known as the ‘automatic’ position, the slide will automatically deploy. Incredibly, it takes just six seconds to fully roll out.