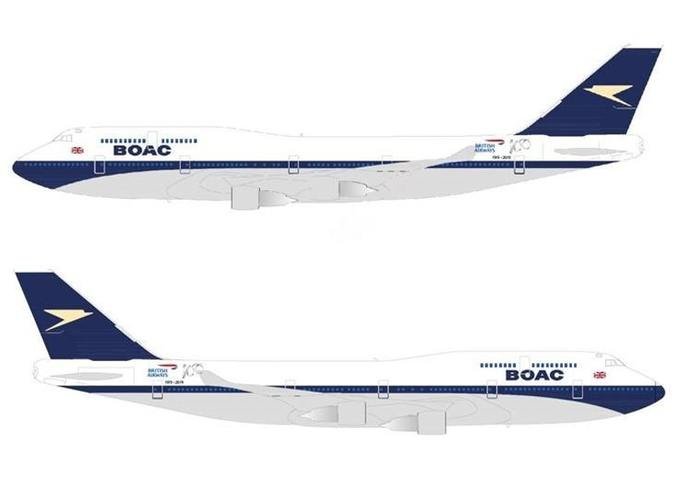 British Airways is to paint four of its aircraft in retro livery to celebrate its 100th birthday.

The first to be given the makeover will be a Boeing 747 (reg.G-BYGC), which will get a British Overseas Airways Corporation (BOAC) design. This livery was originally used between 1964 and 1974. The aircraft  is expected to leave a Dublin, Ireland, paint shop with its new look on Feb. 18 to Heathrow. It will enter service the following day.