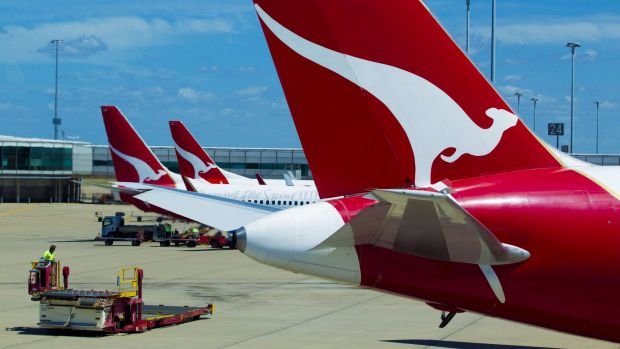 A cancer patient has requested Qantas return her 150,672 Frequent Flyer points that expired while she was recovering from Ovarian cancer. The number of points would allow an economy flight between Sydney and London.

Qantas had emailed Dr Elizabeth Greenhalgh to warn her that her QFF points would expire at the end of October 2017 due to account inactivity. It wasnt until she was catching up on a backlog of emails in November that she saw she had lost her points. She then asked Qantas to restore them and sent Qantas her medical records.
Instead of immediately re-instating the points, Qantas offered her a points challenge – to build up 2500 QFF points in six months by using a Qantas card or converting them from Woolworths Rewards points in order to have the points restored.

Dr Greenhalgh is an author and military historian and regularly flies overseas to perform lectures. She told the Sydney Morning Herald (SMH), “I would have expected somebody who’s been a frequent flyer for 16 years to be treated somewhat more flexibly and with more compassion.” Her husband added, “My wife and I have been married for 51 years, and I’m not having her neglected and insulted by Qantas.”

Qantas told SMH it couldn’t comment on individual cases. QFF terms and conditions state “All Points held in a Qantas Frequent Flyer account will expire at midnight Sydney, Australia time at the end of the 18th consecutive month for which the Member has not earned Points or Status Credits or redeemed Points (excluding any transfer of Points to or from an Eligible Family Member and excluding any transfer of Points from Qantas Business Rewards).” They also state a warning will be sent within 60 days of the expiration date of a members points and that points can not be recredited once they have expired.

“The Airline Customer Advocate (ACA) provides a free and independent service to eligible customers of major Australian airlines by facilitating the resolution of unresolved complaints about airline services. ….The ACA is funded by the participating airlines.The ACA does not have independent power to make decisions that affect the participating airline’s response to your complaint. However, the airlines are bound by their commitment to respond within the required timeframe to all complaints referred to them by the ACA.”

Fairfax Media, publisher of SMH, reports they have seen the Qantas response to the ACA, which states, “While we certainly appreciate Dr Greenhalgh’s very difficult circumstances, according to our terms and conditions, points are not reinstated after they’ve expired,” that the points challenge was “a discretionary gesture of goodwill” that was not included in its terms. “Having given Dr Greenhalgh a solution that we consider fair and reasonable, we don’t think that compensation is appropriate. The goodwill challenge gives Dr Greenhalgh the opportunity to re-engage with our program, which is what any member must do to keep an account active in the first place, so we’re not asking for anything that’s hard to achieve.”