Captain Tom Moore turned 100 today, here is the gift he received for his birthday 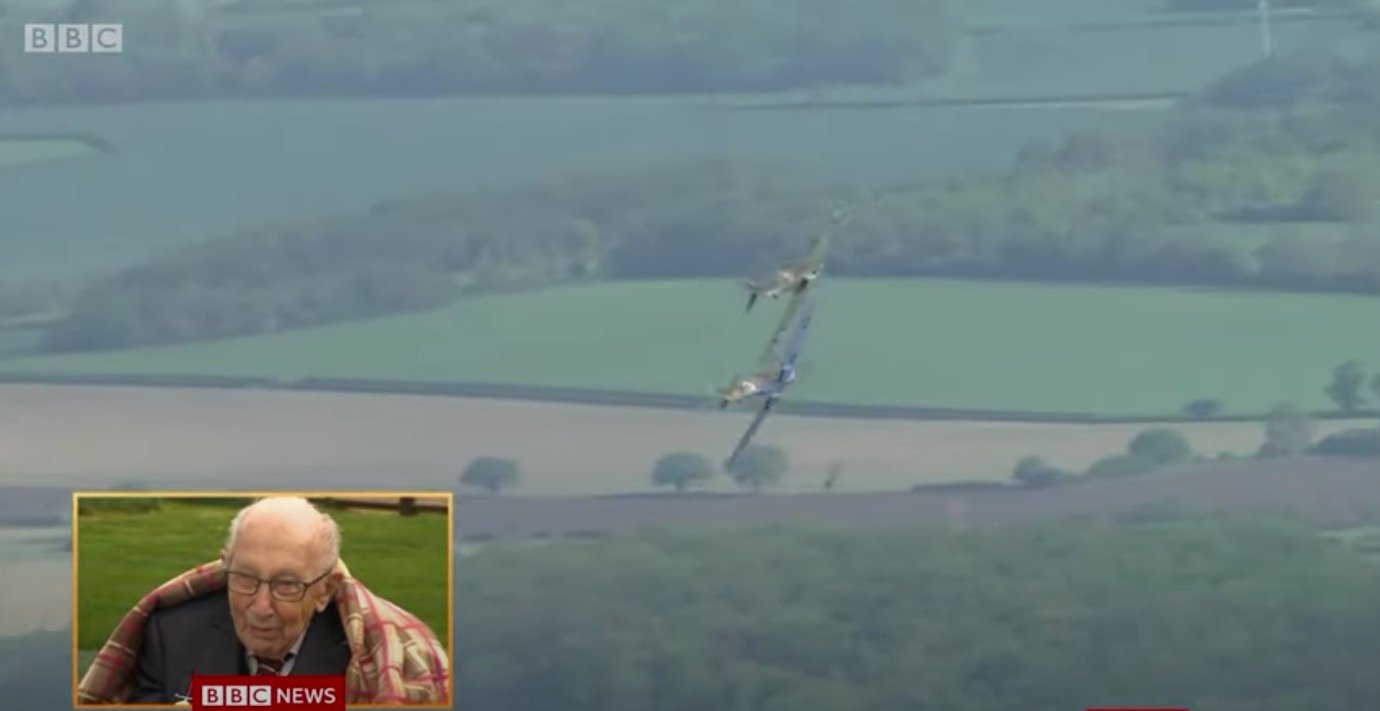 Captain Tom Moore has been made an honorary colonel on his 100th birthday.

The birthday has also been marked by a flypast of a Spitfire and Hurricane from the RAF Battle of Britain Memorial Flight, based at RAF Coningsby, which made three passes of his house.

The Ministry of Defence had said it would “celebrate Captain Tom’s birthday and mark his amazing fundraising achievement”.