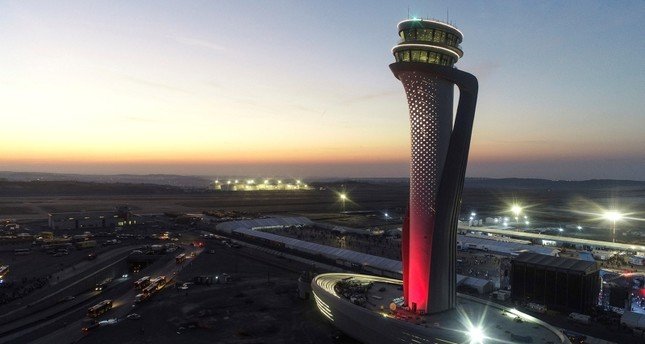 The ceremony takes place today, on Republic Day, the 95th anniversary of the founding of the Turkish Republic, with the attendance of President Recep Tayyip Erdoğan and more than 50 foreign leaders, ministers and high-level officials.

Istanbul New Airport, on the European side of the city, on shores of the Black Sea, will serve 90 million passengers annually in its first phase. On November 1st, two runways — 3,750 and 4,100 meters long — will go into service as a part of the first phase, with 5 daily flights.

At its completion in ten years, it will occupy nearly 19,000 acres and serve up to 200 million travelers a year with six runways. That’s almost double the traffic at world’s biggest airport currently, Atlanta’s Hartsfield-Jackson.