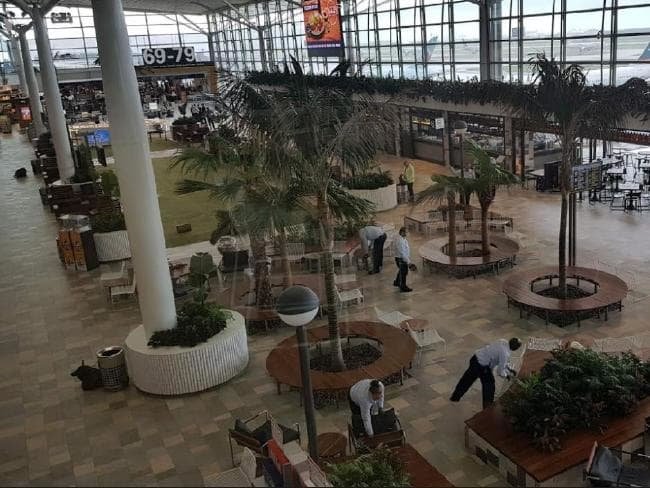 A passenger at Brisbane Airport set of a security screen today causing a security scare. The scare resulted in passengers on 11 flights that had already been boarded to deplane and go through security again. The re-screening componded delays caused from this morning’s Sydney Airport technical issue.

⚠UPDATE: Security matter has been resolved without incident. We’re working hard to get operations back on track. Thank you for your patience and understanding at this time.

Check the flight schedule or with your airline for info on flight status https://t.co/8yh63L6rzc

A Brisbane Airport spokesperson told The Courier Mail security Screens at the airport “were closed for 30 minutes as a result of the security breach.” And that the Australian Federal Police were investigating. The issue was resolved without incident.

Security breach impacting all virgin flights this morning. International airport on full shut down and all planes grounded. AFP onboard the plane – checking all flights. #virginaustralia #bneairport #security pic.twitter.com/sDD66FTuQa

Chaos at Brisbane international airport. Security breach requiring all grounded planes to disembark and go back through screening. Waiting to get off flight to join the masses. Queues and queues of people everywhere. #brisbane #airport #bneairport #securitybreach #Delays #virgin pic.twitter.com/Doz4e2kvew

Still chaos. Incredible delays. All flights that have landed are now sitting on the tarmac with no where to go. All gates are full. #brisbane #virgin #bneairport #airport #internationalflights pic.twitter.com/ycMbSyegJN

Dom Chin was waiting for a friend and told The Courier Mail, “The whole place (departure lounge) was cordoned off and some security guards were searching everywhere. Searching the bush, searching the chairs, under the table and the garbage bin.”

9 News is reporting that the security scare was the result of a suspicious item found on a passenger or in a passengers luggage. 9 News says they have been told the cause of the scare was a large knife.

A security matter is being investigated by QPS. As a precaution the security screening has ceased at this time while the investigation continues, leading to some queues. We hope to have the area cleared shortly to recommence screening. Thank you for your patience.