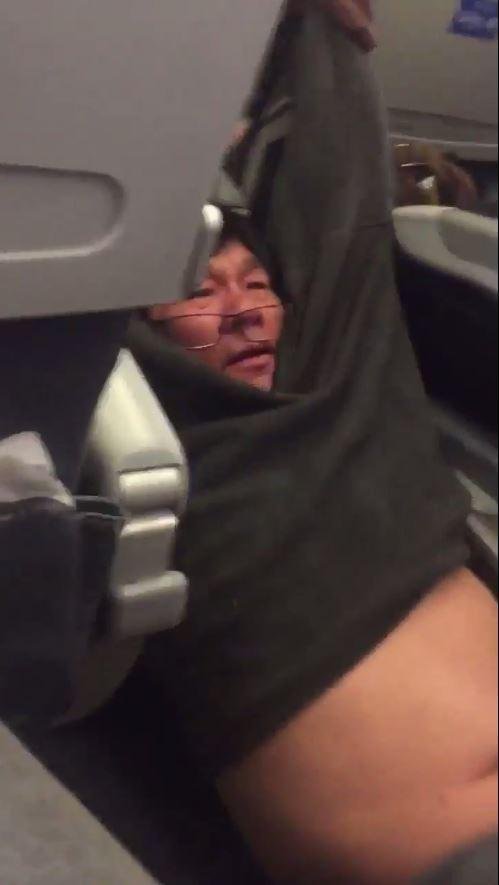 Two Chicago airport security officers have been fired and a third resigned for their roles in dragging a doctor off an overbooked United Airlines flight for refusing to give up his seat.

Dr David Dao 69, lost two front teeth, suffered a significant concussion and his nose was broken when he was forced off the flight from Chicago to Louisville, Kentucky in April 9.

Footage of the incident sparked international outrage over the way the Vietnamese doctor was treated – and at one point $1billion was wiped off the company’s value.

Today, five-day suspensions also were handed to two other officers who removed the flailing, bleeding doctor for refusing to relinquish his seat to a crew member who needed to get to Louisville, the Chicago Sun-Times reported.

The first officer violated the Aviation Department’s policy when he “escalated a non-threatening situation into a physically violent one by forcefully removing a passenger from the aircraft,” according to a report by Chicago Inspector General Joseph Ferguson.

The second officer made “misleading statements in two reports” and the third made “material omissions in a report regarding the first” officer’s forceful removal of the 69-year-old Dao, the report said.

United Airlines CEO Oscar Munoz, who issued a public apology for the incident, said the carrier would no longer allow officers to remove passengers in overbooking situations.

The airline also said it would no longer bump passengers who have already boarded and squeeze traveling crew members onto flights at the last minute.