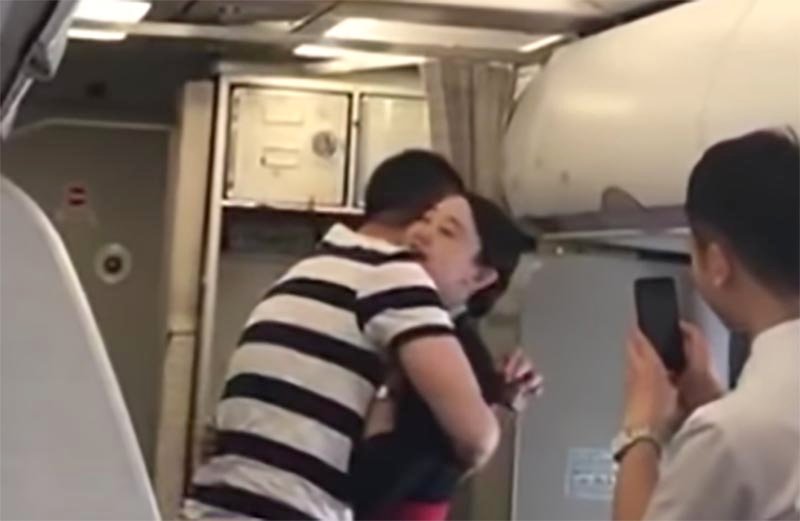 In a viral video circulating on social media back in May, a male passenger on a flight from Xi An to Yinchuan is shown getting up from one knee after successfully proposing to his girlfriend, who happens to be a stewardess on the flight.

The teary-eyed lass then spoke through the inflight announcement system: “I really didn’t know my boyfriend will be proposing to me on this flight, thanks for being my witnesses.”
A voiceover in the clip – believed to be a passenger on the flight – added that everyone on board was touched by the romantic gesture, which took place about half an hour after take-off. Some passengers were also seen whipping out their phones to record the special moment.

Unfortunately for the couple, the airline was far less impressed. According to a Liaoning TV report on Sept 10, the company fired the flight attendant on grounds that she had neglected passenger safety.

The company stated that the mid-flight proposal had caused a disturbance and was an irresponsible act which jeopardised the security of passengers.

Chinese netizens on social media objected to the airline’s overly-strict and “heartless” move. Even more so as the flight attendant herself was unaware of her boyfriend’s plans.