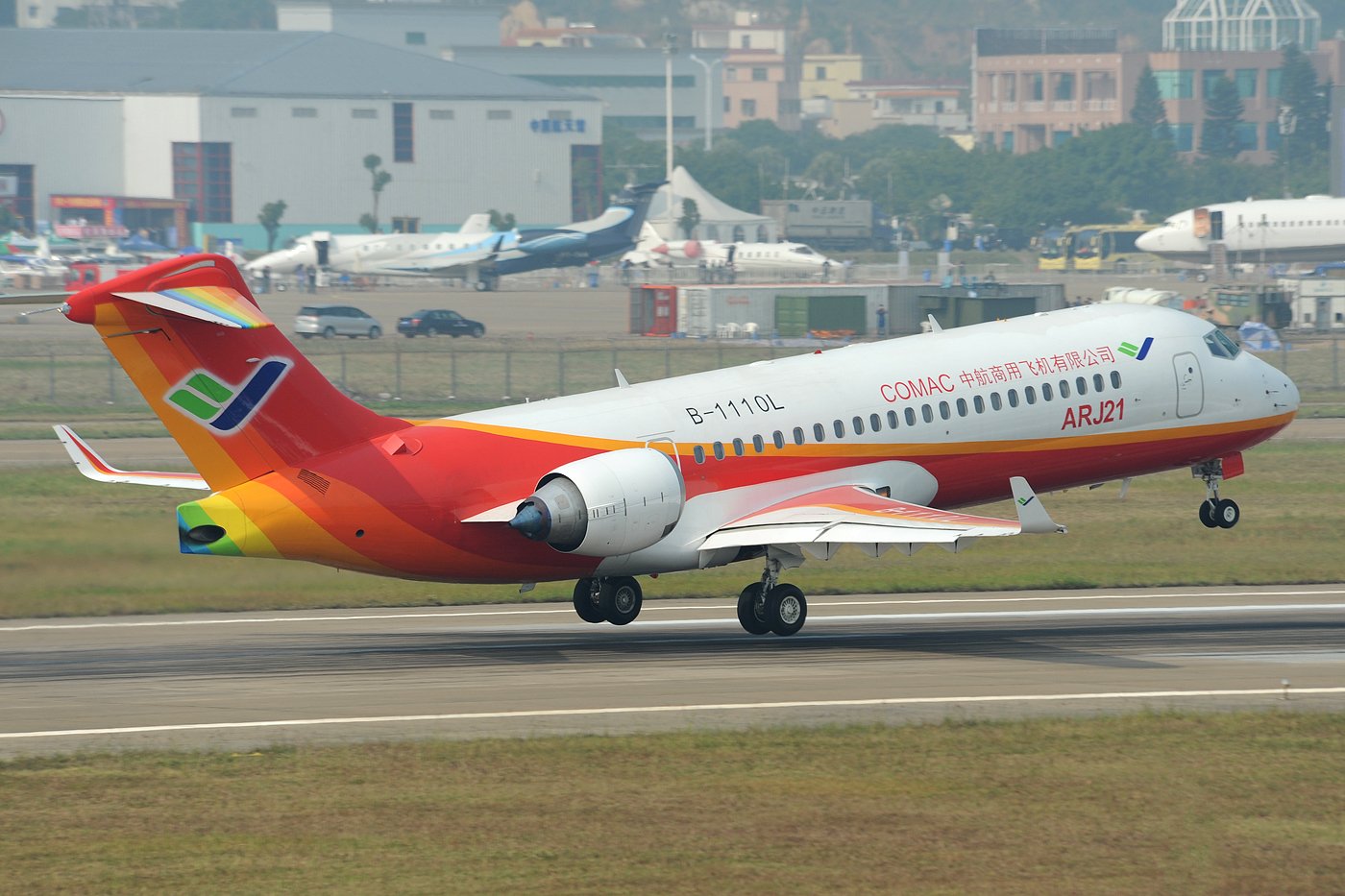 COMAC said in a statement on Sunday that Air China, China Eastern Airlines and China Southern Airlines had received the aircraft, which has a 90-seat capacity, and would each take delivery of three ARJ21 aircraft this year.

Last August, the three carriers announced on the same day deals to each purchase 35 ARJ21-700 regional jets from COMAC, with deliveries scheduled from 2020 through 2024.

COMAC has two other passenger jet programmes in development – the C919 narrowbody aircraft programme which is currently undergoing flight testing, and the CR929 widebody programme in collaboration with Russia.

China Eastern Airlines earlier this year launched a subsidiary – OTT Airlines – to operate ARJ21 and C919 airliners. It is slated to be the first customer for the C919, once the 160-seater plane receives airworthiness certification from the Chinese aviation regulator.

The C919 is a much more high-profile programme, that will place COMAC in direct competition with Airbus and Boeing in the single-aisle market. The United States earlier this year considered whether or not to block the sales of LEAP-1C engines to the programme, but it later relented.

The impact of the coronavirus pandemic on international travel has decimated the order books of both Airbus and Boeing.