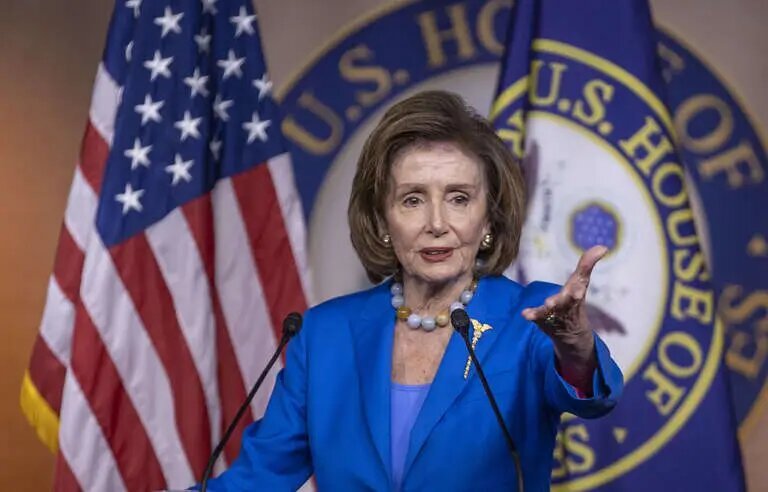 A plane carrying US House of Representatives Speaker Nancy Pelosi may try to land in Taiwan.

Pelosi departed on Friday for a tour that could include a controversial stop in Taiwan, the self-governed island democracy at the heart of rising tensions between Beijing and Washington.

The newspaper pointed out that “It is still possible that Pelosi wants to make a risky and dangerous move by trying to land at a Taiwan airport with emergency excuses like an aircraft fault or refueling,” and that “the Chinese military patrols, radar detections and relevant drills should still keep at high alert in coming days”.

At the same time, the newspaper said that “Pelosi’s plane really has emergency problems during her trip around China, the People’s Liberation Army (PLA) aircraft can provide protection to her plane and let her land at airports in China’s Sansha city, Hainan Province in the South China Sea, or other airports in the Chinese mainland which could provide professional services and assistance, as long as the speaker’s plane stays away from China’s Taiwan.”

Lu Xiang, an expert on US studies at the Chinese Academy of Social Sciences, told the Global Times that “no mention of Taiwan [in the annouced plan] could be a result of communication between Pelosi and the White House, the Pentagon and the US Joint Chiefs of Staff.” He also noted that “Taiwan is a forbidden zone for Pelosi’s plane.”

“Therefore, China will still keep the military preparations to stop any surprise move by Pelosi in the coming days, and this will give her no chance to challenge China’s sovereignty,” the newspaper quoted a Chinese expert on international relations who asked for anonymity.