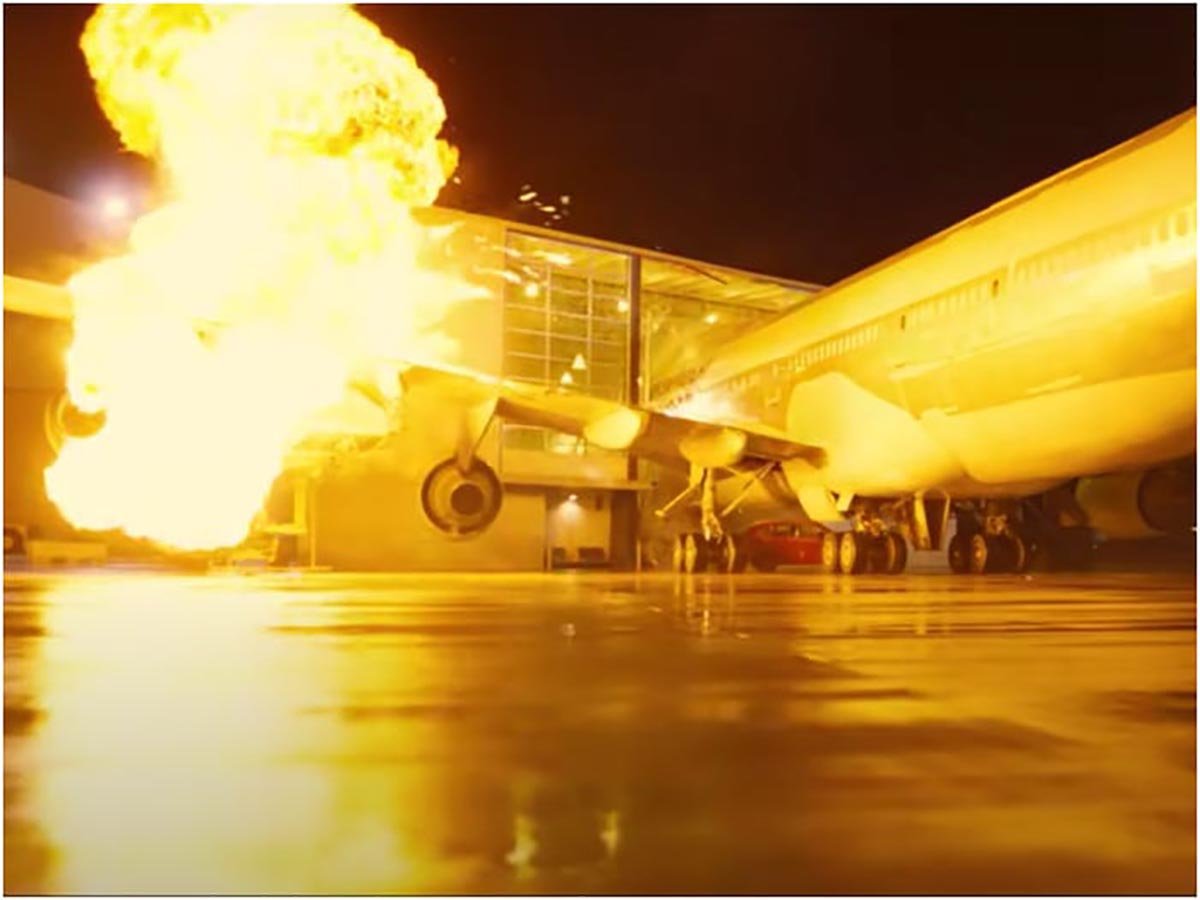 Christopher Nolan said that he and his crew blew up a real Boeing 747 for “Tenet” because it was “more efficient” than practical effects using miniatures or CGI.

In an interview with Total Film magazine, director Nolan said: “I planned to do it using miniatures and set-piece builds and a combination of visual effects and all the rest. However, while scouting for locations in Victorville, California, the team discovered a massive array of old planes.”

“We started to run the numbers … It became apparent that it would actually be more efficient to buy a real plane of the real size, and perform this sequence for real in camera, rather than build miniatures or go the CG route.”

Nolan added: “It’s a strange thing to talk about – a kind of impulse buying, I suppose. But we kind of did, and it worked very well, with Scott Fisher, our special-effects supervisor, and Nathan Crowley, the production designer, figuring out how to pull off this big sequence in camera. It was a very exciting thing to be a part of.”

For the same interview, Robert Pattinson, whose character discusses crashing the plane in the trailer, also chimed in: “You wouldn’t have thought there was any reality where you would be doing a scene where they just have an actual 747 to blow up!”