Chuck Yeager, the first man to break the sound barrier, has died 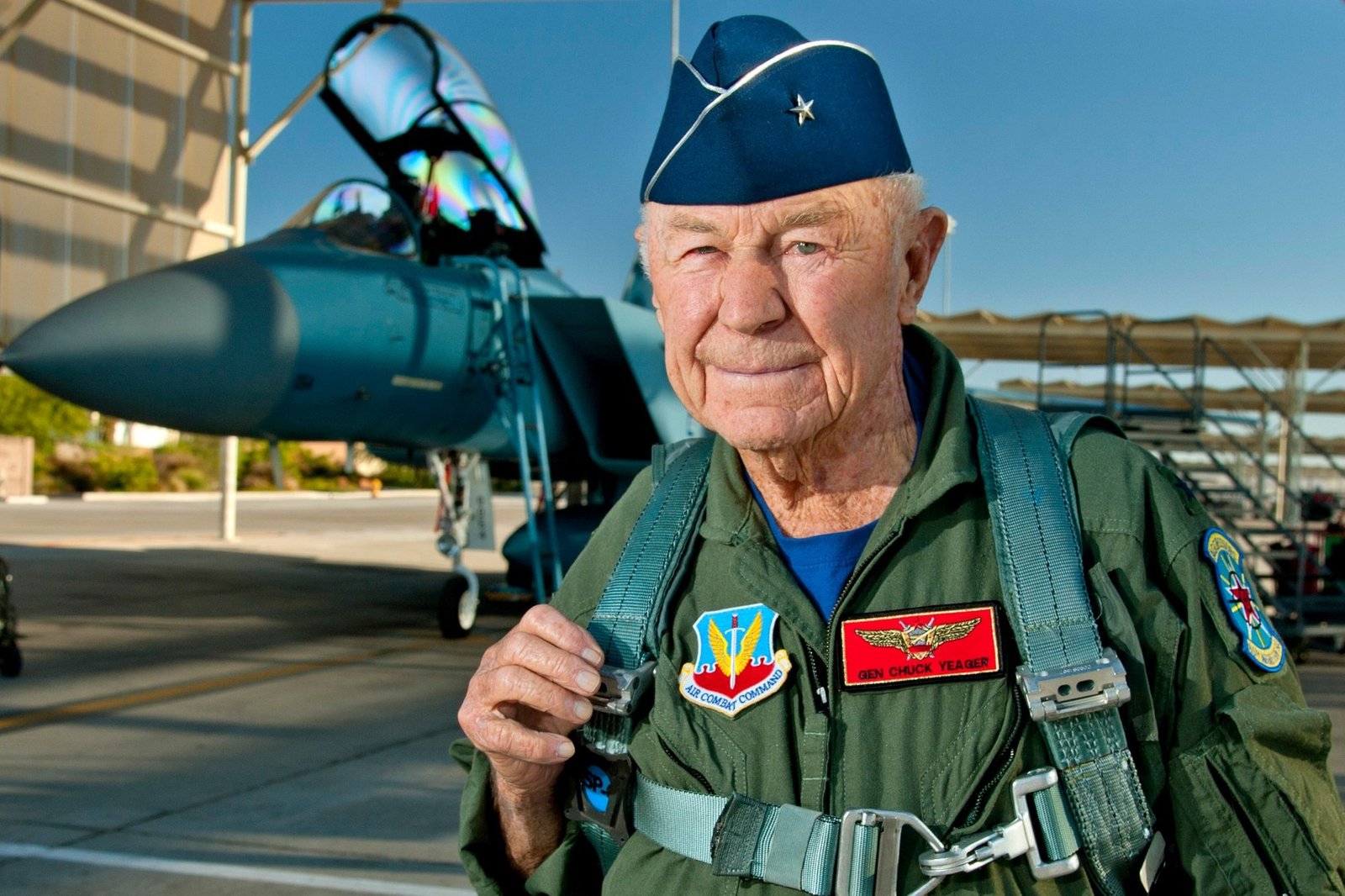 Chuck Yeager, a former U.S. Air Force officer who became the first pilot to break the speed of sound, had Monday. He was 97.

Yeager died Monday, NASA Administrator Jim Bridenstine said in a statement, calling the death “a tremendous loss to our nation.”

He was “the most righteous of all those with the right stuff,” said Maj. Gen. Curtis Bedke, commander of the Air Force Flight Test Center at Edwards.

Yeager nicknamed the plane “Glamourous Glennis” after his wife.

“Sure, I was apprehensive,” he said in 1968. “When you’re fooling around with something you don’t know much about, there has to be apprehension. But you don’t let that affect your job.”

The modest Yeager said in 1947 he could have gone even faster had the plane carried more fuel. He said the ride “was nice, just like riding fast in a car.”

Yeager’s feat was kept top secret for about a year when the world thought the British had broken the sound barrier first.

“It wasn’t a matter of not having airplanes that would fly at speeds like this. It was a matter of keeping them from falling apart,” Yeager said.

Sixty-five years later to the minute, on Oct. 14, 2012, Yeager commemorated the feat, flying in the back seat of an F-15 Eagle as it broke the sound barrier at more than 30,000 feet above California’s Mojave Desert.

Yeager enlisted in the Army Air Corps after graduating from high school in 1941. He later regretted that his lack of a college education prevented him from becoming an astronaut.

He started off as an aircraft mechanic and, despite becoming severely airsick during his first airplane ride, signed up for a program that allowed enlisted men to become pilots.

Yeager shot down 13 German planes on 64 missions during World War II, including five on a single mission. He was once shot down over German-held France but escaped with the help of French partisans.