Cockpit of an Aerolineas Argentinas Boeing 737 flooded after heavy rain 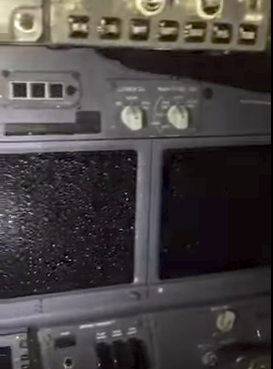 On 30 September, the cockpit of an Aerolineas Argentinas Boeing 737-800 was flooded after somebody left the right cockpit window open during a heavy thunderstorm at Buenos Aires airport.

The airline was forced to cancel several flights as the Boeing 737 needed to dry, the aircraft was released again on 2 October to San Carlos de Bariloche (BRC).