Congrats to Pam and Jeremy, just married during Southwest flight to Vegas 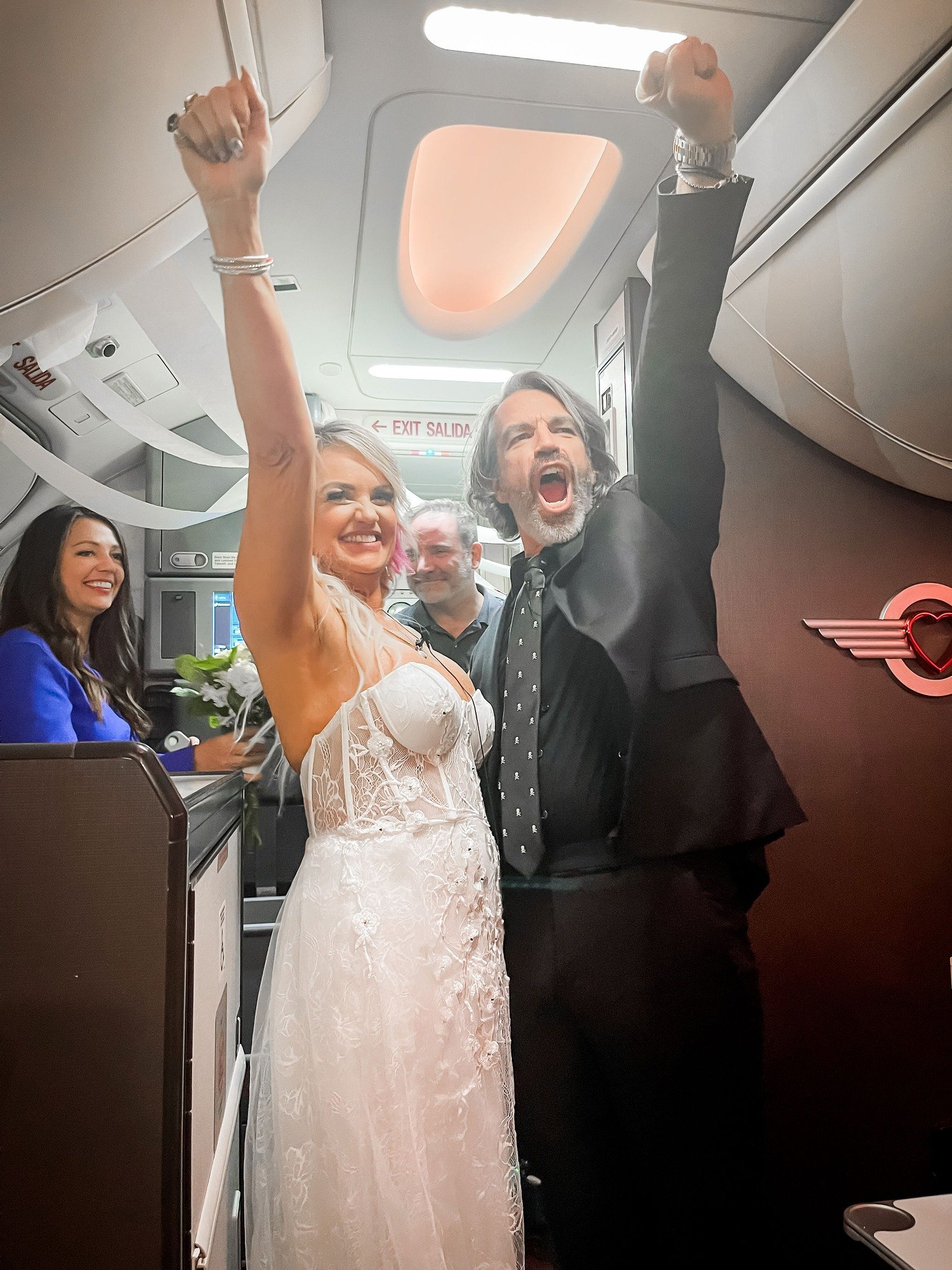 Last Tuesday, Pam and Jeremy joked that they should hop on a plane to get married in Vegas. It wasn’t long before both realized that the other wasn’t actually kidding, so they booked a flight for Sunday on one of our competitors, with a Vegas wedding chapel appointment Sunday night.

Come Sunday, the couple arrived to DFW from OKC, just to learn their connection to LAS was canceled. But that’s when their bad luck ended.

Chris, another passenger traveling to LAS from DFW, overheard Pam and Jeremy discussing how they might still get to Vegas in time for their appointment. Chris also happened to be an ordained minister and offered to marry the couple himself! The three went online, snatched up the last three seats to Vegas on a Southwest flight, and hurried together across town to Dallas Love Field. 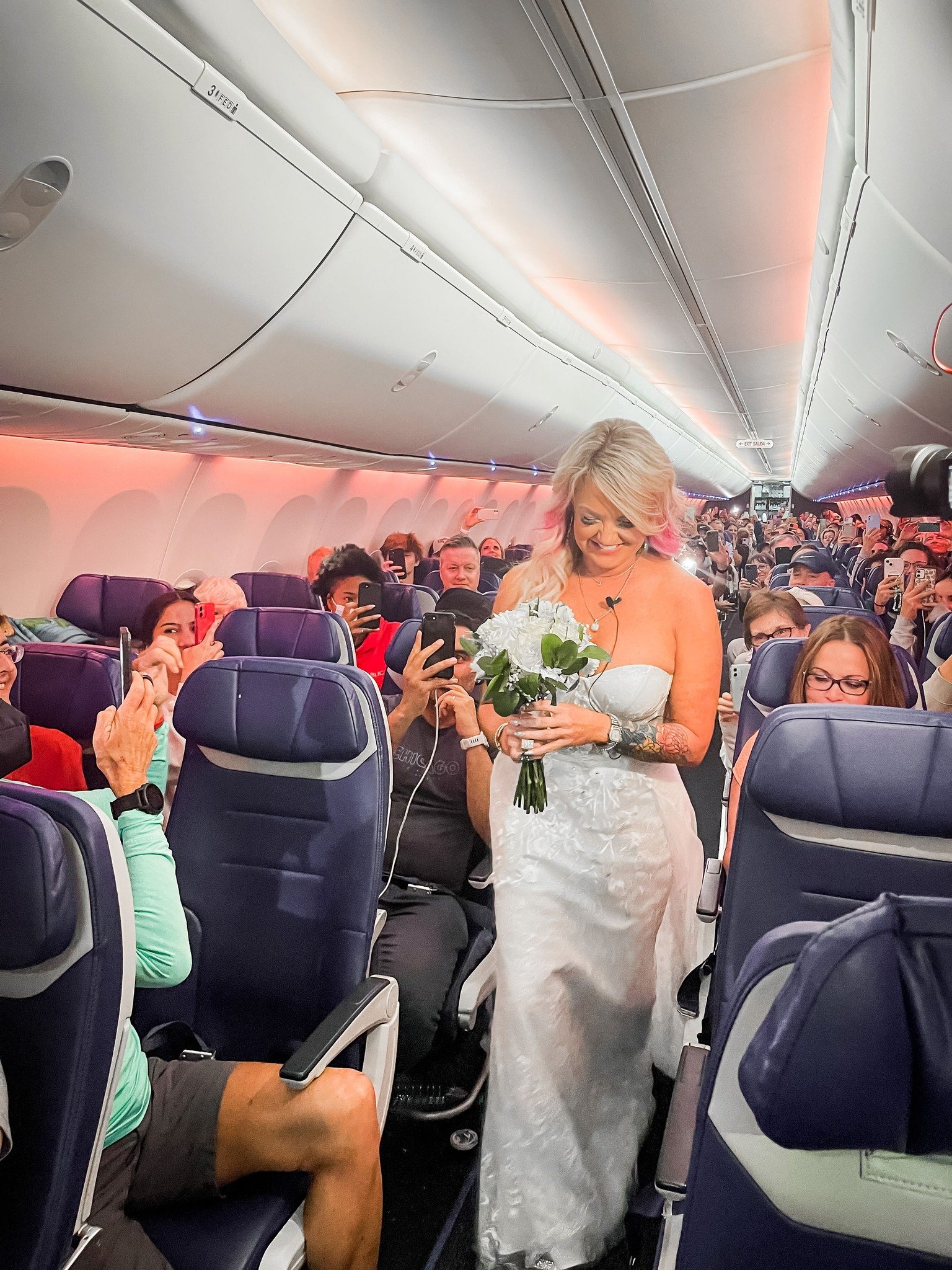 As they boarded the flight, their Pilot, Captain Gil, noticed Pam’s wedding dress and asked her about it (oh yeah, we forgot to mention: Pam and Jeremy were in full wedding attire, just for the fun of it!). Pam explained their story and joked with Captain Gil they should just get married on the flight. For the second time that week, Pam was surprised to hear the words, “Let’s do it!” 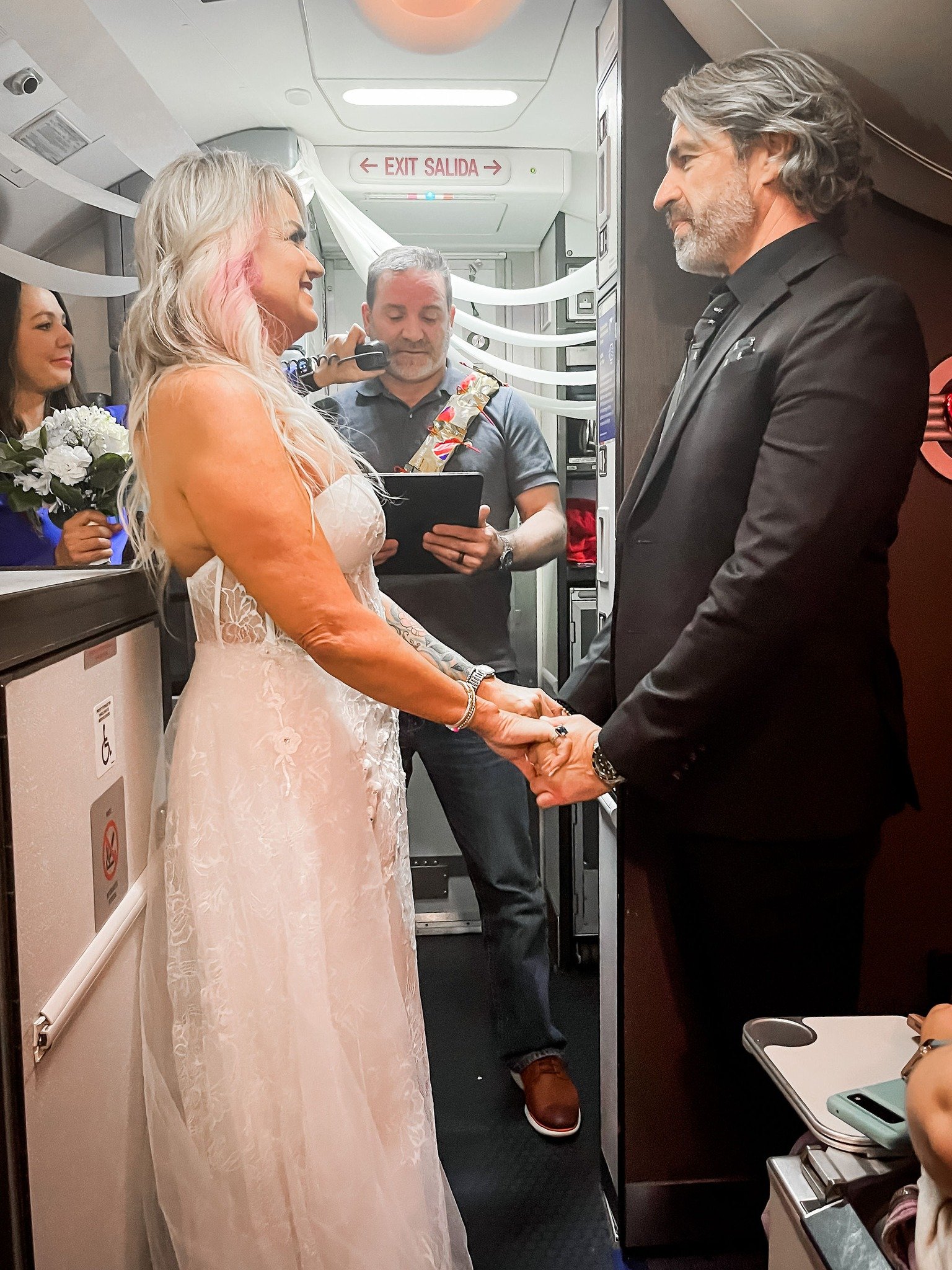 Southwest crew sprung into action with toilet paper streamers and a snack mix sash for Chris. Julie, one of our Flight Attendants, stood in as Pam’s Maid of Honor. A professional photographer on the flight pulled out her camera for official wedding photos. Another Passenger passed around an old notebook for the whole cabin to sign with well wishes and their seat numbers, which was given to the bride and groom as a makeshift guestbook.

Congrats to the newlyweds on a memorable inflight wedding neither employees nor passengers are likely to forget!