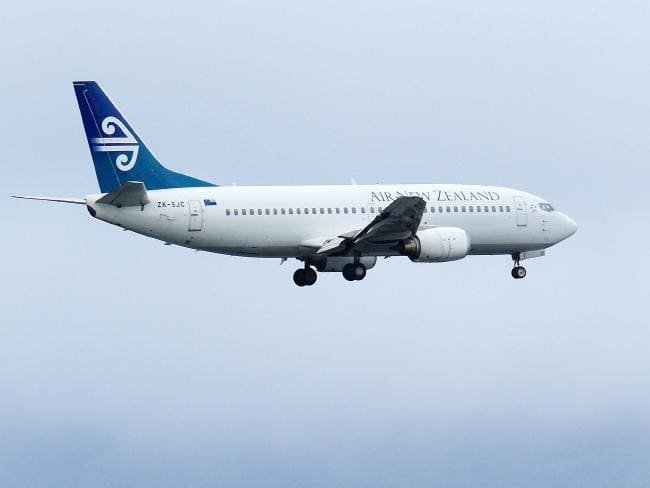 Air New Zealand is known for it’s unique and funny Air Safety Videos. It has come under fire for it’s latest video. The video is set in Antarctica and features actor and environmentalist Adrian Grenier.

Air New Zealand Flight 901 crashed into Antarctica’s Mt Erebus in 1979. All 237 passengers and 20 crew on board were killed. The crash of the DC-10-30 remains New Zealand’s deadliest peacetime disater. Mt Erebus isn’t shown in the video, but families of those on board TE901 say the video is insensitive and want it removed immediately.

I’m not sure that Air New Zealand, safety and Antarctica are three things that I’d be looking to combine, if I were doing their marketing. https://t.co/wUx626KddW

David Ling, a son of one of the passengers on TE901, told the New Zealand Herald, “For many of us flying with Air New Zealand can be a very difficult reminder of the past and how this changed our lives. To be on board and confronted by a safety video you’re obliged to watch set in Antarctica is beyond ironic. It is the ultimate insensitive insult to the families, both immediate and wider. How they could possibly think that this is a good idea – mixing some sort of PR story with a safety video, set in the area where they lost so many lives – is beyond us. In its cruellest moments even Monty Python couldn’t have scripted such a gross idea as this.”

Mr Ling’s sister, Sue Miles, also told the Herald, “I am angry and distressed. I don’t want them to show it. I know my daughters feel very angry at the insensitivity of actually putting this up as a safety video which has been filmed in the bit of Antarctic where they actually managed to kill 257 people.”

Air New Zealand said, “It was important to us that immediate family members of those lost on Mount Erebus were among the first to be told about the filming project in Antarctica and we have reached out to family members registered in our database directly to share details of our upcoming safety video and the rationale behind this,” and that several families had given positive feedback and were appreciative of efforts to keep them informed.

Both Mr Ling and Ms Miles said that they had not been contacted.

Air New Zealand has apologised to families it may of missed contacting.

It is gutting to my family that Air New Zealand has so willingly chosen the very place my grandfather died to detail their safety procedures. Why? Because your administrative procedures caused your Air Nz plane to fly into a mountain with my grandfather on it. #Erebus

Nicholas Bennett has also been critical saying Air New Zealand “seemed to have a very dismissive attitude to concerns being voiced by families.” Mr Bennett’s father was the chief purser on TE901. He was only invited to see the final video the night before it went live on domestic flights (went live 1 March).

Pat Gilberd’s father was also on-board TE901 and told Radio NZ, “I think it’s very inappropriate considering that’s I think the worst crash Air New Zealand’s ever had, I can’t understand why they would choose that as a place. I think it would be a good idea if they canned the whole idea and did something more appropriate.”

Another day, another flight with Air New Zealand where I have to watch a safety video set on Antarctica. #Erebus #RIP pic.twitter.com/ksWGcsUzeD

The head of the Erebus National Memorial Advisory Group, Reverand Richard Waugh, told Radio NZ he had at least 12 families upset by the video.

Philipa Lewis’s brother, John Broad, and niece, also named Philipa were also onboard TE901. She told Radio NZ, “You never forget them, you never will – but time does go by and we can’t let that grieving keep us back – we’ve got to move on. The video itself I think it was very tastefully done. I think it’s quite original and I love the way the children were engaged in it too.” She was informed by Air New Zealand’s chief pilot before the video was released.

Phillip Keenan’s sister was on board TE901. He told Radio NZ, “The only thing that one could possibly take offence from was the location. I don’t think in anyway it’s using the Erebus tragedy or disrespectful…to the people who lost there lives in it.”

In addition, considering that Air New Zealand Flight 901 crashed into Mt Erebus in Antarctica on a sight-seeing flight, killing all 257 onboard, it is crass that you’d portrait Antarctica as the next adventure playground in your flight safety video.

The video has also raised the ire of environmentalists. Lewis Pugh, The UN Patron for the Oceans, told media, “It portrays Antarctica as the next great adventure playground. Let’s be very clear, it is not. Antarctica is a unique eco-system and it’s very precious. It has already been heavily impacted by climate change and pollution. We have a duty to protect this continent and all the incredible animals that have live there for thousands and thousands of years undisturbed. We have to remember that in Antarctica we humans are guests.”

The NZ Herald’s travel editor, Winston Aldworth, wrote, “This is a rare and very distasteful mis-step on the marketing front for an airline that usually manages its messages very well.”

Opinion of the video on social media has been mixed.

The official report into the crash concluded it was the result of pilot error. After a public outcry a Royal Commission of Enquiry headed by Justice Peter Mahon was instituted. The report from Justice Mahon cleared the crew and blamed the crash on Air New Zealand changing the flight plan the night before and not informing the crew. Justice “Mahon also claimed that the airline’s executives and management pilots had engaged in a conspiracy to whitewash the enquiry, accusing them of covering up evidence and misleading investigators through ‘an orchestrated litany of lies’. He ordered Air New Zealand and CAD to pay the costs incurred by the consortium representing the estates of deceased passengers, the New Zealand Airline Pilots Association, and the estates of the pilot and co-pilot. He also ordered the airline to pay $150,000 towards the government’s costs.”

Air New Zealand appealed for a judicial review of the report to the Court of Appeal. The Court found, “that [Justice] Mahon had breached natural justice by not allowing those accused to respond to the allegations and that he had acted outside his jurisdiction. His order of costs against the airline was quashed. Mahon subsequently resigned from the High Court bench.” The Court’s review declined to set aside Justice Mahon’s “finding that members of the management of Air New Zealand had conspired to commit perjury before the Inquiry to cover up the errors of the ground staff.”

Justice Mahon appealed to the Privacy Council which reluctantly sided with the Appeals Court.

Most of the wreckage is still at the site of the crash. In 2009 the then CEO, Rob Fyfe, apologised to the families for not offering enough support and compassion.