Couple gets married at New Orleans airport after coronavirus cancellations 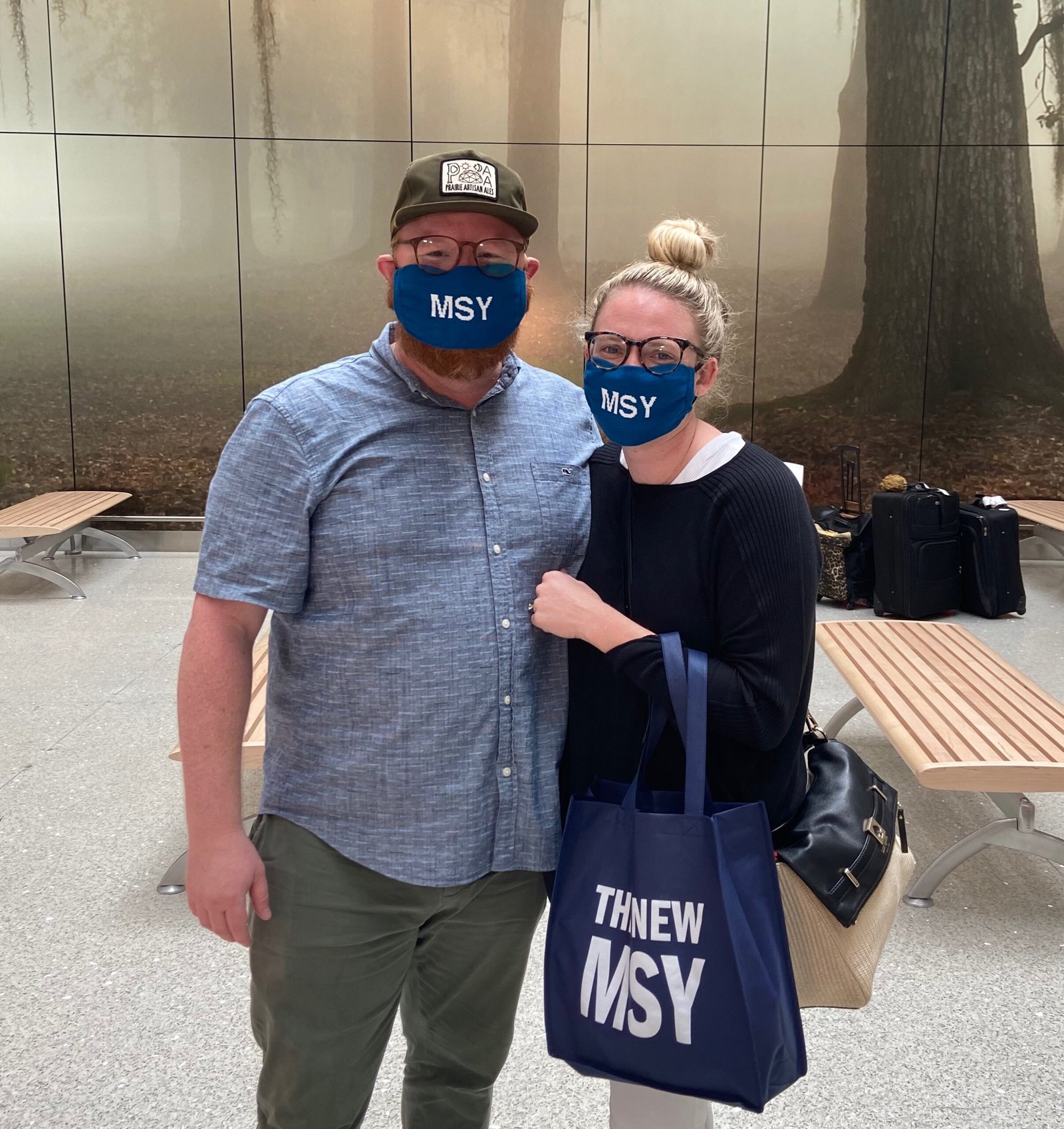 A New Orleans couple, originally from Connecticut, exchanged vows at the airport Friday, right before hopping on a flight to enjoy their honeymoon in Mexico.

A photo of the newlyweds in the midst of their ceremony was tweeted out by the airport’s official Twitter account as the airport was on the hunt to find the couple so they could “send them some MSY swag as a wedding gift.”

Chase Thomas and Emily Zilich had to push back their wedding a couple of times due to the coronavirus pandemic and eventually decided on having a ceremony at MSY’s new terminal, which opened in November,according to posts on the airport’s Twitter account after the Twitterverse helped the airport track down the couple.

Their wedding date was initially set for April.

“They rescheduled the wedding for October, but weren’t sure that they would be able to have the dream wedding they wanted. They knew for sure they wanted to get married in New Orleans,” one tweet from the airport read. “They decided on a small ceremony at #MSY right before they took off to Mexico for their honeymoon.”

The couple took wedding photos against a backdrop of a woody area that was posted at the airport’s terminal.

“Again, a huge congratulations to Chase and Emily on their marriage. May they have a long, happy life of love and adventure!” the airport tweeted alongside a photo of the happy couple sharing a glass of bubbly to mark the occasion.

Zilich shared the wedding news to her Facebook page, as well, giving thanks to her photographer and bouquet designer as well as her family for “putting up with ZOOM.”