Crew bailed out of a Navy E-2C Hawkeye aircraft before it crashed north of Norfolk, Virginia 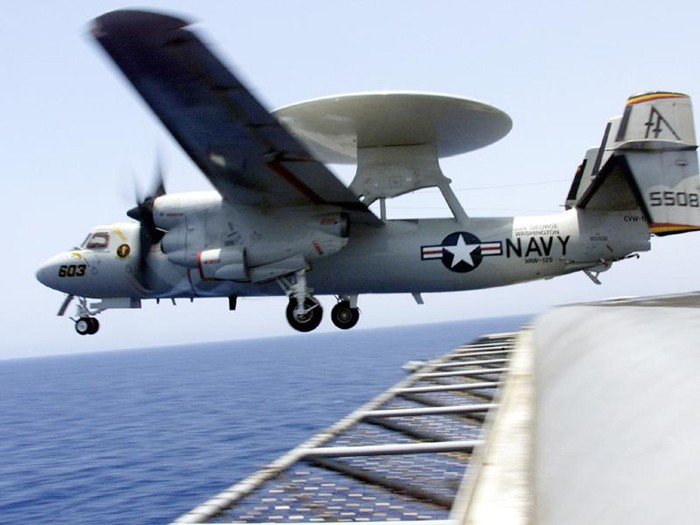 Two pilots and two crewmembers safely bailed out of a Navy E-2C Hawkeye aircraft before it crashed north of Norfolk, Virginia, during a Monday training flight.

The Hawkeye, a twin turboprop airborne early warning and command-and-control aircraft, crashed near Wallops Island at about 4:05 p.m., Navy officials announced Monday afternoon. There are no reports of injuries among the crew, who are being evaluated by medical personnel near the crash site, Cmdr. Jennifer Cragg, a spokeswoman for Naval Air Force Atlantic, said.

The aircraft is assigned to Airborne Command and Control Squadron 120 Fleet Replacement Squadron. It’s based out of Naval Station Norfolk, about 100 miles southwest of the crash site.

Initial reports indicate no one on the ground was injured in the crash, and there are no known damages to buildings or other structures, according to Navy officials.

The cause of the crash is under investigation. It was not immediately known how high the aircraft was flying when the crew bailed out, Cragg said.

Hawkeye aircraft have the same basic airframe as the C-2 Greyhound cargo aircraft, but they’re fitted with 24-foot rotating radars. The E-2C variant of the aircraft became operational in the early 1970s, and passed the 1 million flight-hour mark in 2004.

The aircraft have gone through several upgrades to sensors, engines and propellers.

This is at least the second military aircraft incident in Virginia this month. On Aug. 10, a Maryland-based Air Force UH-1N Huey made an emergency landing in Manassas after someone shot at it from the ground.

That incident left one crew member injured and remains under investigation.