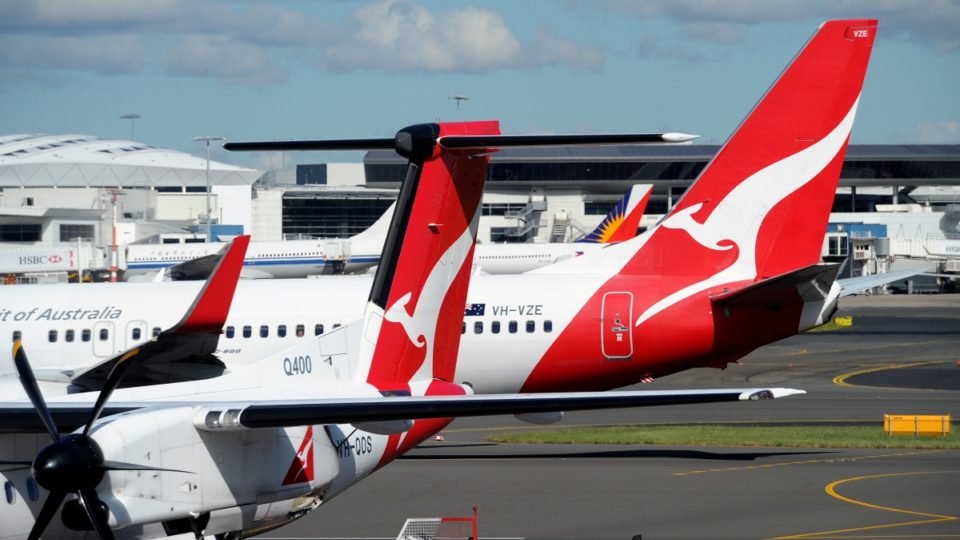 Qantas is facing criticism over a leaked list of “banned words” that have been sent to airline staff in an information package. The info package was sent out by People and Culture group executive Lesley Grand and contains “gender inapropriate terms.” News Ltd says that in a note to staff, “Ms Grant says she wants to foster an environment where ‘everyone feels comfortable’ and to uphold Qantas’ history of ‘support of indigenous issues, gender parity in business and marriage equality.’”

Some terms on the list include, wife, husband, mum and dad. Instead it is suggested staff use the terms spouse, partner and parent. News Ltd reports the info pack says, “Always using the terms ‘husband’ and ‘wife’ can reinforce the idea that people are always in heterosexual relationships. In the same way, always referring to ‘mum and dad’ can make many families feel excluded — both same-sex couples and single-parent families.”

Other words staff should avoid include, guys, love, honey and darling. Staff should also “minimise manteruptions” – men interupting women while they speak.

News Ltd further quotes the info pack as saying, ““Language can make groups of people invisible. For example, the use of the term chairman can reinforce the idea that leaders are always men.” And, “[r]esearch shows that in many situations, including the workplace, men interrupt and speak over women, while the reverse rarely happens.”

When it comes to Australia’s history, staff should, “’recognise reality’ that Australia was not settled peacefully’”, and the words colonisation, occupation or invasion should be used instead of settlement.

Qantas has told its staff to be mindful of “manterruptions” and to avoid terms of endearment such as honey, darling or love, because they “often offend”: https://t.co/RJThvMZ88p

The material in the package was prepared by the Diversity Council of Australia with similar material sent to 150 other companies. “In a statement, the Diversity Council of Australia said it was ‘not telling people what they can and can’t say. We are simply asking people to put themselves in someone else’s shoes and look at what they say from another perspective – and be open to changing what they have always thought is ‘normal’, respectful and appropriate to say.’”

Qantas told News Ltd, “We want Qantas to be an inclusive workplace and we shared some factsheets created by the Diversity Council of Australia with some suggestions on more inclusive language, particularly on gender, age and LGBTI issues.”

Former Australian Prime Minister Tony Abbott, from the conservative Liberal Party, told Sydney radio station 2GB it was “political correctness that’s gone way over the top. Frankly if companies like Qantas want to give their customers a better deal, they can scrap all these inclusion units, just scrap them, save the money because it’s just rubbish this idea that we need a corporate thought police. I mean really and truly it is a complete, absolute and utter waste of money. I’ve been on hundreds of Qantas flights over many, many years now. Qantas staff are very good people. They are decent, sensitive people, they’ve got to deal with just about every possible type of person, and they don’t need this kind of nonsense, they really don’t. It’s an insult to them, quite apart from a great waste of money, but I’m afraid these are the very weird and strange times in which we live.”

“Diversity Council Australia believes it’s great that Qantas is using the WordsAtWork materials to encourage reflection and discussion at work about what respectful and inclusive language looks like. Many DCA member organisations are using the materials and it reflects well on these organisations that they are starting/creating/encouraging a conversation internally about what respectful and inclusive words could look like in 2018.

Our WordsAtWork materials are not telling people what they can and can’t say. We are simply asking people to put themselves in someone else’s shoes and look at what they say from another perspective – and be open to changing what they have always thought is ‘normal’, respectful and appropriate to say.

We designed the materials so that they weren’t instruction manuals but rather offered up ideas for consideration. In fact, in the guide we note that language changes and so it’s important to revisit these ideas over time to see how community standards about words at work may be changing.

We will never get universal consensus on what words or behaviours are or are not inclusive – but that’s actually not the point, the point is to open up a respectful discussion about it.”

Qantas was a sponsor of and had a float in this years Sydney Gay and Lesbian Mardi Gras. Both Qantas and Virgin Australia were supporters of the Yes Campaign in last years national survey asking if same sex marriage should be legalised in Australia.