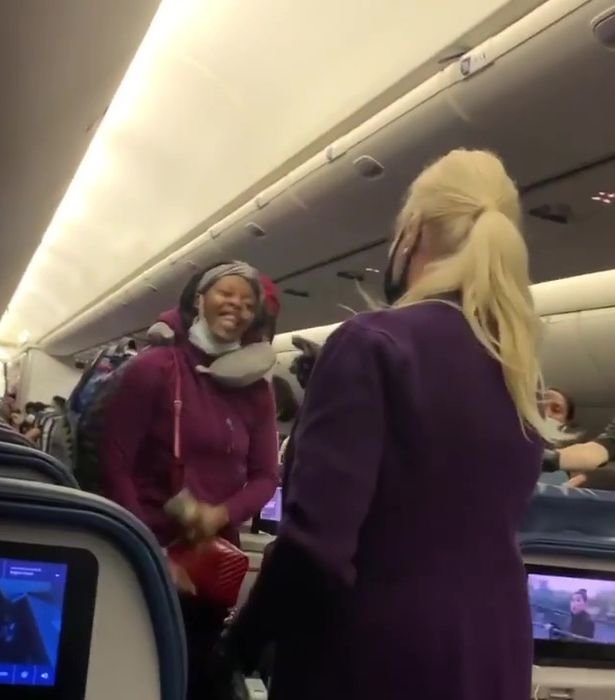 An unruly passenger punched a flight attendant in the face as she was kicked off a packed flight failing to wear her face mask correctly, witnesses claim.

Footage shows the woman with her face mask pulled down around her neck when she throws a punch at the Delta Air Lines crew member, who is wearing a mask, in the aisle.

The woman then tells the flight attendant: “B****, I’ll knock your ass. You shouldn’t have touched me, you pushed me.” However, video shows the woman getting in the crew member’s face before the punch.

Shocked witnesses begin shouting as passengers and crew rush in to separate the pair, with passengers claiming the traveller refused to wear her mask correctly and then wouldn’t follow any of the in-flight rules.

In the video, the woman isn’t wearing her face mask correctly, her a pillow around her neck and appears to be holding a wad of cash in her hand.

A man, believed to be her partner, attempts to hold her back during the row. His face mask is covering his mouth but not his nose.

The incident occurred as the plane prepared to fly from Miami to Atlanta following a two-hour delay on Monday night.