One of the most successful and enduring feats of interplanetary exploration, NASA’s Opportunity rover mission is at an end after almost 15 years exploring the surface of Mars.

The Opportunity rover stopped communicating with Earth when a severe Mars-wide dust storm blanketed its location in June 2018. After more than a thousand commands to restore contact, engineers in the Space Flight Operations Facility at NASA’s Jet Propulsion Laboratory (JPL) made their last attempt to revive Opportunity Tuesday, to no avail. 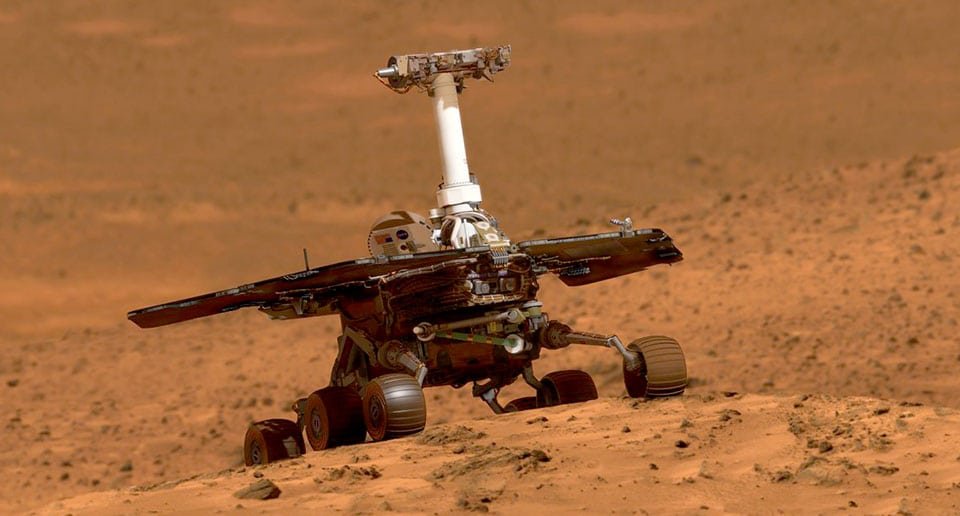 In addition to exceeding its life expectancy by 60 times, the rover traveled more than 28 miles (45 kilometers) by the time it reached its most appropriate final resting spot on Mars – Perseverance Valley.

“For more than a decade, Opportunity has been an icon in the field of planetary exploration, teaching us about Mars’ ancient past as a wet, potentially habitable planet, and revealing uncharted Martian landscapes,” said Thomas Zurbuchen, associate administrator for NASA’s Science Mission Directorate. “Whatever loss we feel now must be tempered with the knowledge that the legacy of Opportunity continues – both on the surface of Mars with the Curiosity rover and InSight lander – and in the clean rooms of JPL, where the upcoming Mars 2020 rover is taking shape.”

The final transmission, sent via the 70-meter Mars Station antenna at NASA’s Goldstone Deep Space Complex in California, ended a multifaceted, eight-month recovery strategy in an attempt to compel the rover to communicate.