Disruptive woman forces easyJet #U27124 to Liverpool to divert to Bordeaux, France (video) 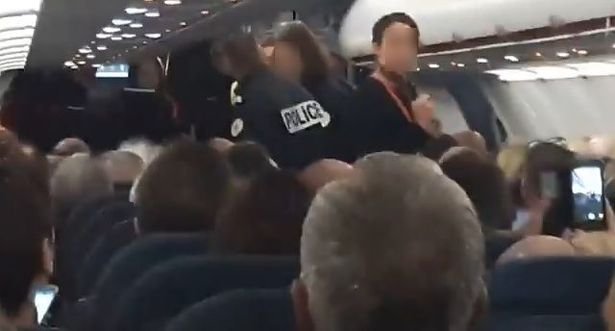 On December 1, flight #U27124 was travelling from the Spanish resort of Alicante last night when the incident occurred.

Staff on board claimed the small blonde female was being disruptive and was drinking her own alcohol.

easyJet claim the flight made an emergency landing at Bordeaux airport after the woman, who was sat near the front of the plane, became disruptive.

Airline bosses say the female passenger became disruptive when she was approached by cabin crew while drinking booze that she had brought on board.

A passenger filmed the moment French officers arrived and escorted her off the plane.