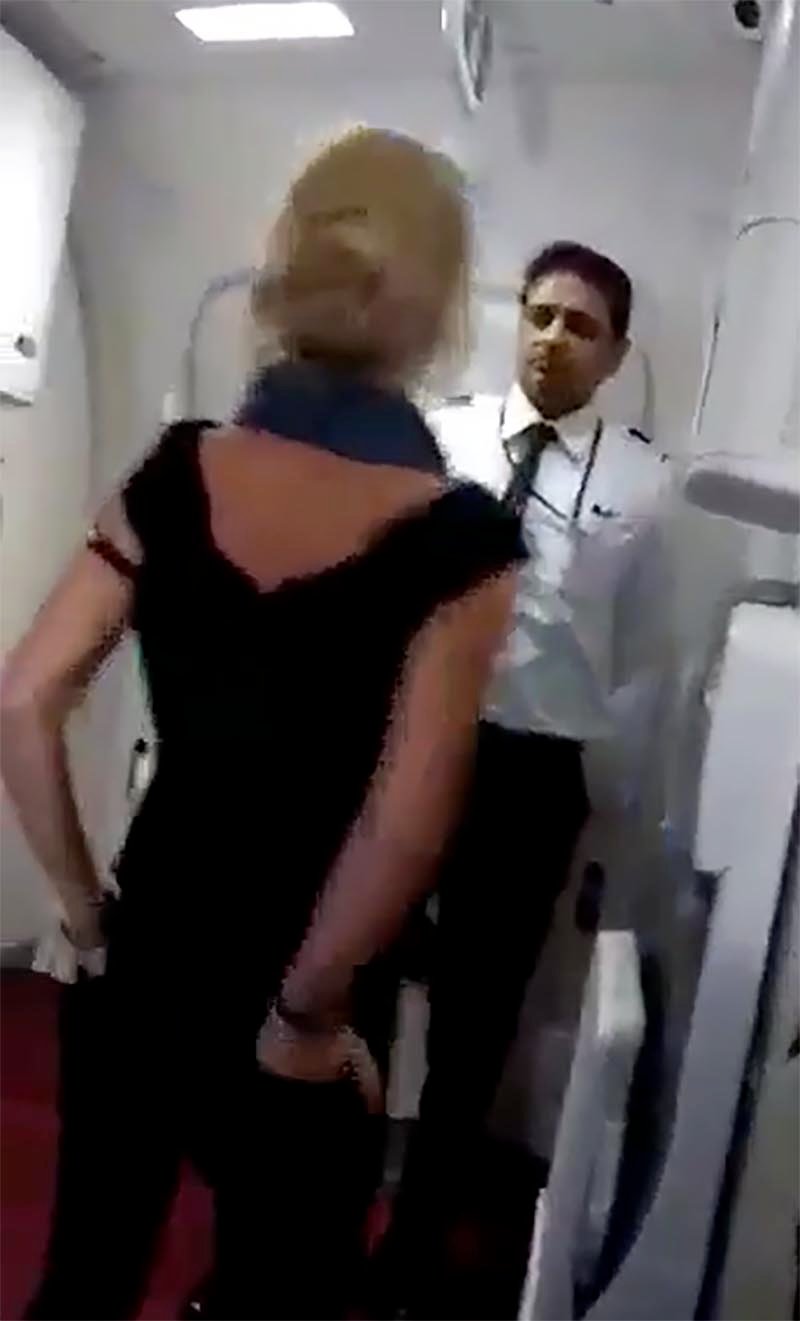 A drunk woman allegedly got aggressive and started hurling abuses at the crew in a London-bound Air India flight.

The passenger can be seen yelling at the seemingly calm crew and even spitting at them after being denied more booze.

The woman claimed to be an ‘international lawyer’ and a public servant and that she just wanted a ‘wee bit of wine’. However, the crew refused to serve her more as the passenger was allegedly drunk already.

Videos of the incident have been shared with people calling her out on her privileged and abusive behaviour.

The woman was arrested upon arrival at London Heathrow.