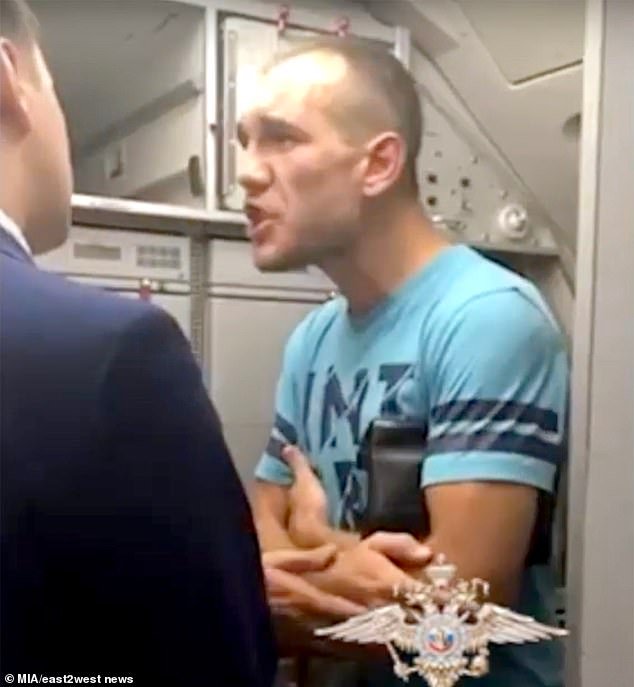 Former NHL star Oleg Saprykin found himself in trouble after allegedly knocking down a flight attendant and forcing an emergency landing.

Ice hockey star Saprykin, 37, was identified as the alleged perpetrator of an incident during an Aurora Airlines domestic flight from Sochi to Moscow.

Seated in the business class section of the flight, Saprykin was reportedly intoxicated and became angry when a flight attendant refused to top up his whisky.

Reports suggest that he got up from his seat in protestation and, as the stewardess attempted to calm him, he struck her on the head.

According to one report, “The young woman fell on the floor and was badly bruised.”

Footage online, said to be from the Russian Interior Ministry, reportedly shows Saprykin shouting at the flight crew and also inside a detention cell.

The flight was diverted to Voronezh, where it made an emergency landing.