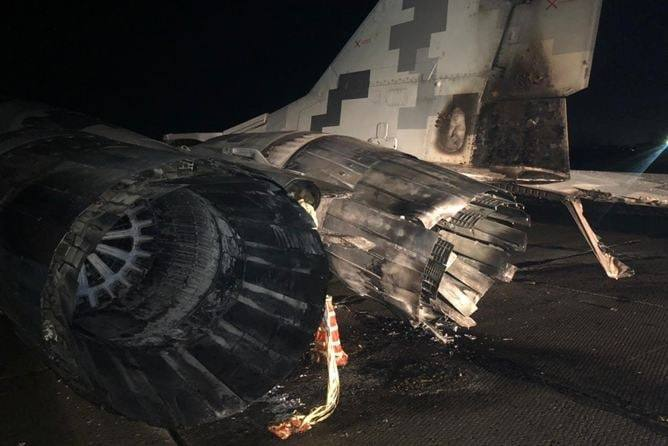 A drunken Ukraine Air Force captain, smashed his car into a MiG-29 fighter jet at Vasylkiv Air Base in central Ukraine.

The plane was being towed to another location on the base when the incident took place on 10th March. The jet caught fire after the collision and suffered significant damage.

The Volkswagen Touran car hit the fighter in the back and ended up on fire, partially destroyed. The aircraft sustained damages to the engine’s exhaust nozzle, the tail fin, and the rear stabilizer. The captain’s car also burned down, leaving the front part badly damaged.

Last night, 08 WHITE (c/n 2960731239), a MiG-29 Izdeliye 9-13 of #Ukraine Air Force's 40th Tactical Aviation Brigaade got damaged after a drunk officer of #Ukrainian AF rammed his car to the poor fighter jet in #Vasilkov Air Base near #Kiev. LDARZ had overhauled the MiG in 2017. pic.twitter.com/sPcRFq2PtN

The captain was from the 40th Tactical Aviation Brigade. He was given first aid and taken to the hospital with minor injuries, and a criminal investigation has already been opened.

The Ukrainian Air Force also announced that a formal investigation was being carried out into the incident.