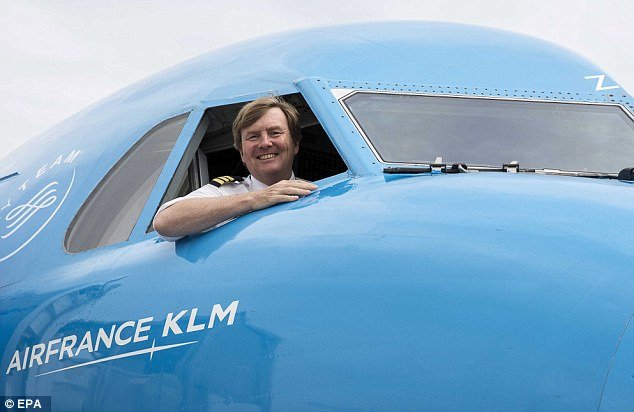 King Willem-Alexander of the Netherlands has surprised passengers on a scheduled flight to Turkey by turning up as the plane’s co-pilot.

The Dutch monarch was the co-pilot on duty on KLM flight #KL1613 from Amsterdam’s Schiphol Airport to Ataturk Airport in Istanbul on Saturday.

Only the KLM crew were notified in advance of the king’s appearance on the Boeing 737-800 flight, which took two hours and 50 minutes.

However, some passengers recognised the 51-year-old Dutch royal when they boarded the aircraft.

The king also flew the return journey from Istanbul back to Amsterdam, according to reports.

It emerged last year that Willem-Alexander had been quietly flying for KLM for more than 20 years.