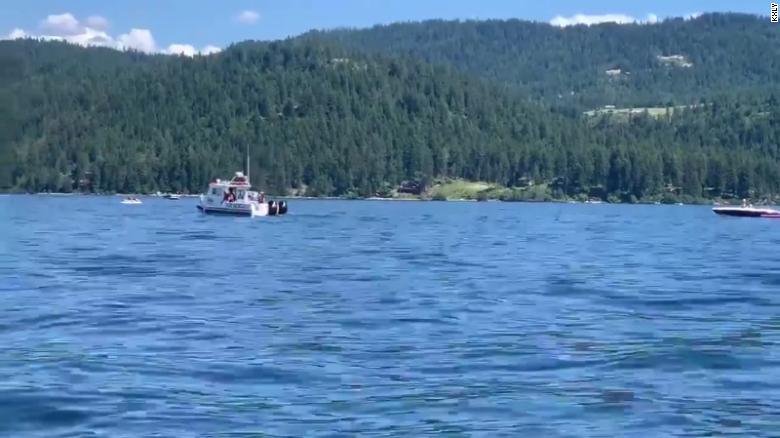 Eight people are believed to be dead after two planes collided over Coeur d’Alene Lake in Idaho.

Authorities said they believe there were eight passengers and crew aboard two planes that collided Sunday over Lake Coeur d’Alene. Officials said it was likely that no one survived.

Witnesses said they saw two planes colliding above the water, then crashing into the lake near Powderhorn Bay, according to a news release from the Kootenai County Sheriff’s Office. The crash took place about 2:20 p.m.

Officials said they believed a total of eight passengers and crew were on the two planes, but that was still being verified. Two bodies had been recovered as of Sunday night, said Lt. Ryan Higgins with the sheriff’s office.

John Cowles told The Spokesman-Review in Spokane, Washington, that he was on the lake with his family at the time of the crash. Cowles said he saw what appeared to be an “engine explosion” on a seaplane flying no more than 200 feet overhead. One of the plane’s wings then separated, and the plane fell into the water.