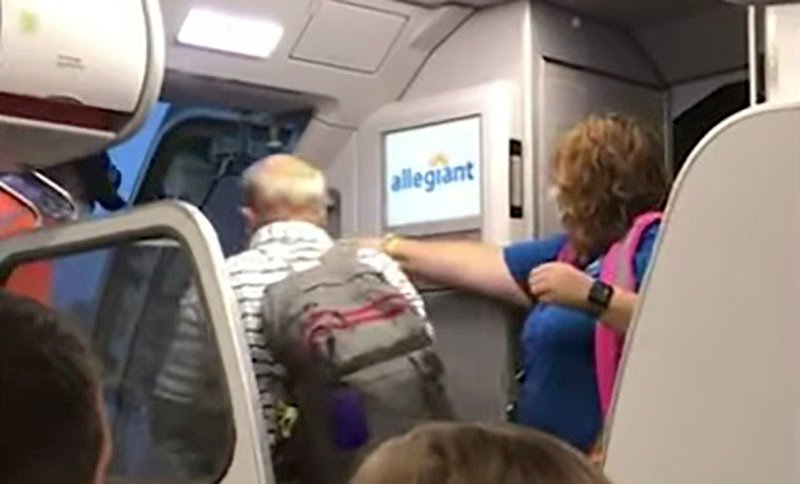 Allegiant Air claim the elderly man was forced off for ‘repeatedly disrupting the pre-flight safety briefing’ but other passengers report flight attendants not wearing masks properly.

An elderly man was reportedly forced off a plane after complaining that a flight attendant was not wearing a face mask properly.

The elderly passenger was taken off the Allegiant Air flight on Monday for allegedly “repeatedly disrupting the pre-flight safety briefing”, the airline said.

The incident on the plane at Punta Gorda, Florida, saw the man escorted off the plane after appearing to complain an attendant had lowered their mask to give the pre-flight safety demonstration.

Several other passengers appear to be unhappy with how the man is treated, as grumbles can be heard in the video as he leaves the aircraft.

Allegiant Air told Newsweek: “The passenger was removed for repeatedly disrupting the pre-flight safety briefing which includes reiteration of our inflight face-covering policy.”

They added that “the flight attendant giving the safety briefing lowered their mask for speaking into the PA so the briefing could be understood.”

According to the airline, other passengers had complained they could not hear the attendant’s flight-safety announcements, so they lowered their mask.