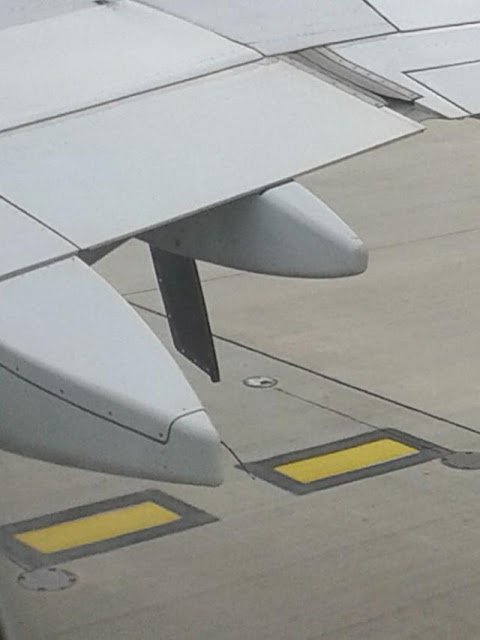 Monarch Airlines Flight ZB654 to Malaga had to turn around somewhere near Gloucester after the pilot reportedly discovered a piece of wing had come loose – and a problem with the pressure in the aircraft.

Passengers on board were still sat on the runway at Manchester Airport at around 10am, waiting for another plane to get onto so they could set off again.
The flight left at 8am, due to land in Spain at around 11.30am.

A statement from Monarch Airlines said:

“Monarch flight ZB654 from Manchester to Malaga returned to Manchester shortly after take-off. The aircraft developed a technical fault and in line with standard procedure the Captain requested a priority landing.

“The flight, which was being operated on an Airbus A321 had 152 passengers, 2 infants and 7 crew including the Captain and First Officer on board, landed safely and without incident at Manchester Airport.

“Customers were transferred to another Monarch aircraft and the crew operated the flight from Manchester to Malaga with a minimal delay. Monarch would like to apologise to customers for the delay in their flight however, safety is our first priority.