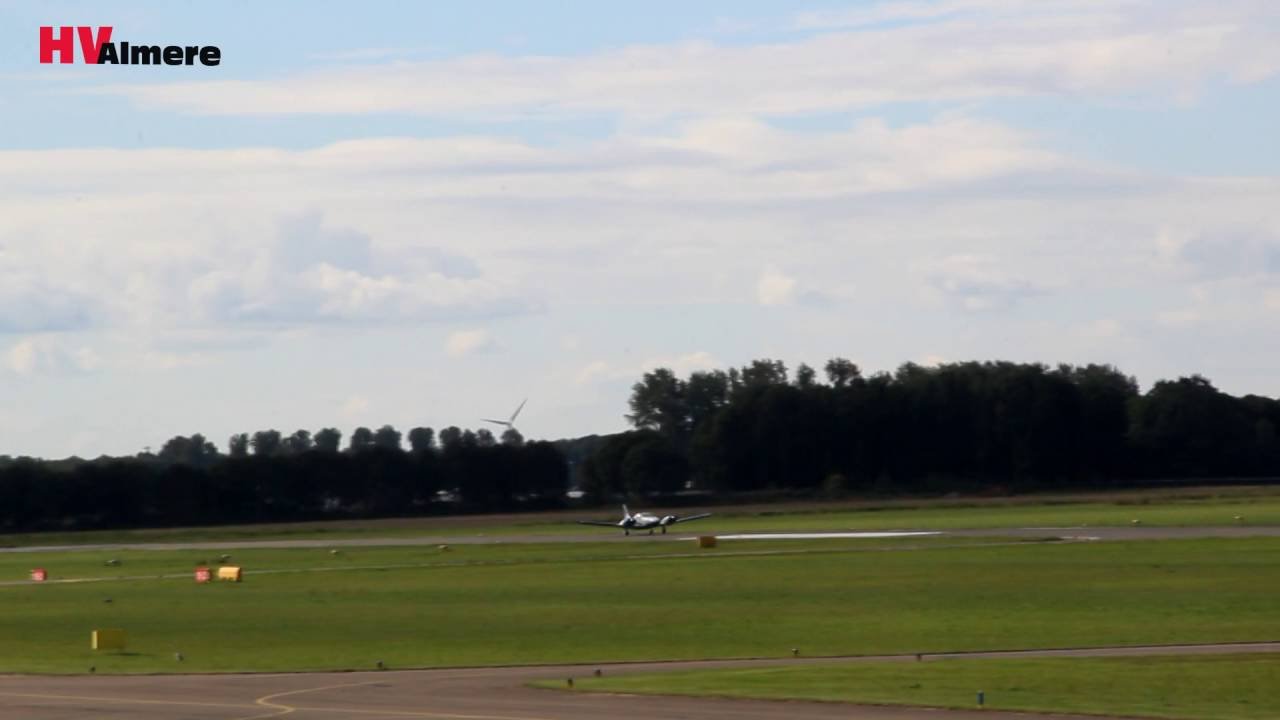 A twin-engine plane with six people has made an emergency landing at Lelystad Airport (Netherlands) Sunday afternoon  after problems with the landing gear.

The aircraft was on an approach to Eelde Airport when the pilots noticed that the front landing gear was not extended. They decided to return to their home base Lelystad. Meanwhile, the emergency services were on standby along the runway.

After a final visual check from police helicopter, the pilots did a low approach and landed safely.