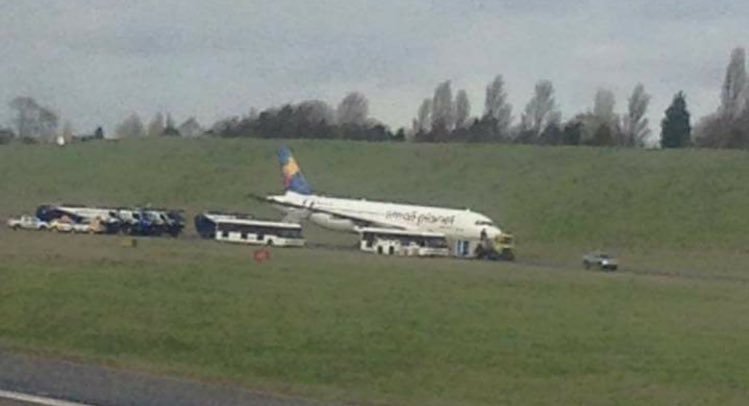 The nose gear of a Small Planet A320 (registration SP-HAI) has ran off the taxiway into the grass this afternoon at Birmingham Airport.

During the incident, no aircraft bigger than 757 being were accepted at BHX due to taxiway Alpha being blocked, aircraft had to backtrack down runway 15.