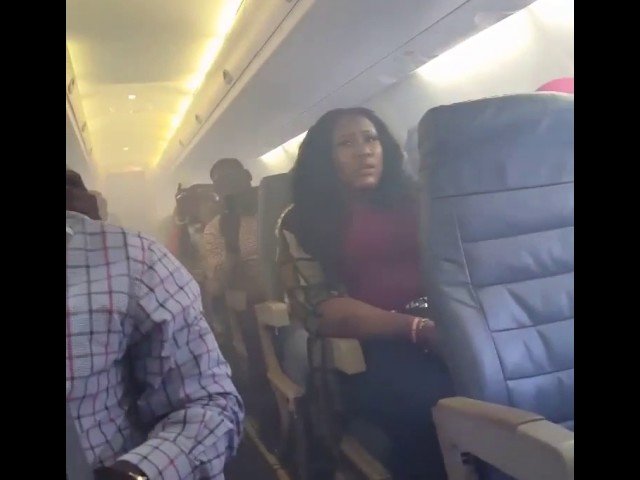 Passengers on a flight from Aero Contractor, from Port Harcourt to Lagos in Nigeria on Tuesday, reported panic on the aircraft when the cabin was invaded by smoke.

According to the passenger, 20 minutes after the take-off, smoke appeared onboard and for 35 minutes passengers were praying, screaming and panicking.

The passenger also reported that the pilot asked the 53 passengers on board to calm down, a statement confirmed by the airline.

The woman reporting the incident said that emergency services were waiting for the aircraft when it landed in Lagos. The Aero Contractor, on the other hand, assures that the crew reacted with “professionalism” and continues to investigate the incident, and the first indications are that the smoke has started in the luggage compartment.

After landing safely in Lagos, the device was immediately inspected and the company guarantees that it has not detected any technical problems.

The Nigerian Civil Aviation Authority is also investigating the incident.