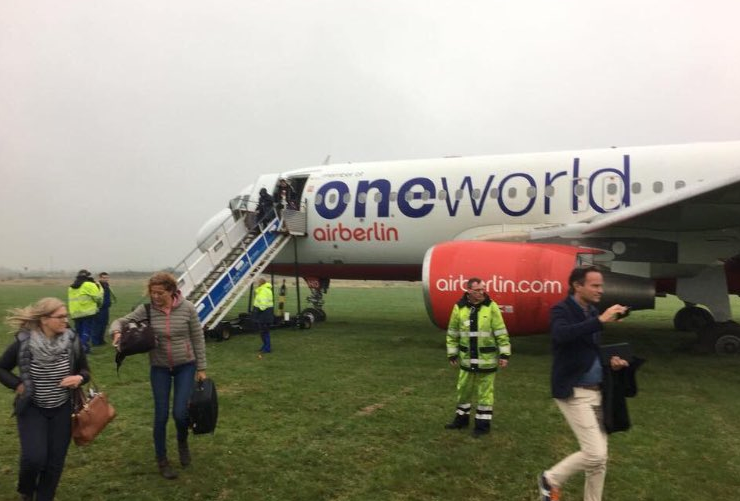 German authorities say an Airbus A320 (reg. D-ABHO) with 88 people on board overshot the end of the runway at Sylt, but nobody was injured in the incident.

The regional emergency response center says the Air Berlin plane from Duesseldorf came to a halt Saturday on the grass about 50 meters (yards) beyond the end of the runway.

The 82 passengers and six crew on board were helped off the jet by firefighters. 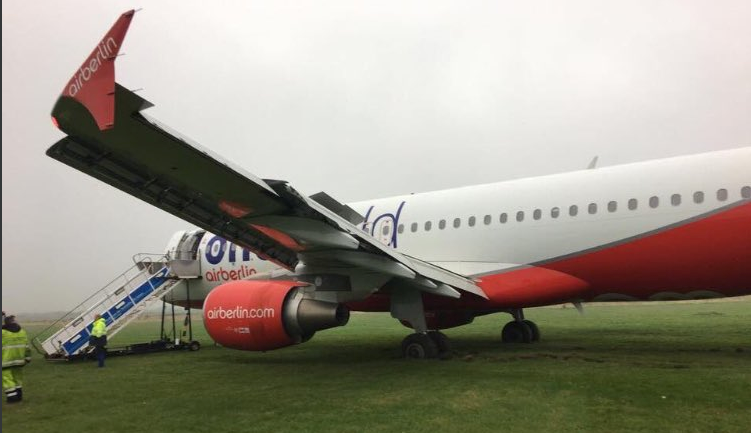 In a statement, German officials said the cause of the incident is under investigation but noted that the runway was wet and visibility was poor.

Flights to and from Sylt, a popular tourist destination near the German-Danish border, were suspended on Saturday.