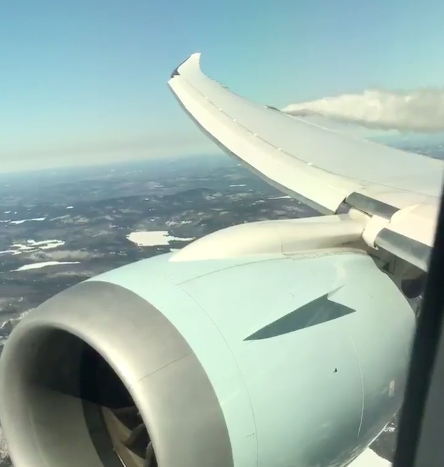 An Air Canada flight headed for Shanghai was forced to make an emergency landing shortly after taking off from Trudeau airport on Saturday.

Passengers onboard flight #AC17 reported hearing unusual sounds as the plane pulled away from the tarmac.

A warning light came on in the cockpit of the Boeing 787. The crew, following emergency procedures, shut down the engine, dumped fuel and contacted emergency teams on the ground.

“Our technical team will proceed with an inspection of the engine to determine the cause of the incident,” said Isabelle Arthur, a spokesperson for Air Canada.