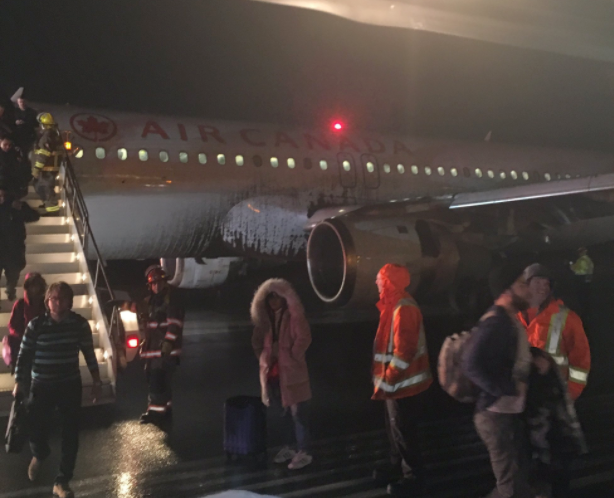 On Saturday, Air Canada Flight 623 was traveling from Halifax to Toronto Pearson airport with 118 persons on board. Towards the end of the flight, the aircraft (an Airbus A320) was flying an Instrument Landing System approach to runway 15R.

Just after midnight, during the landing sequence, the aircraft traveled through the grass on the western side of the runway, eventually coming to a stop on the runway centerline. The passengers were deplaned on the runway and transported by bus to the terminal. There were no reported injuries, and apparent damage to the aircraft at this point is minor. The aircraft will be thoroughly examined to further determine the extent of the damage. Five runway edge lights were also damaged.