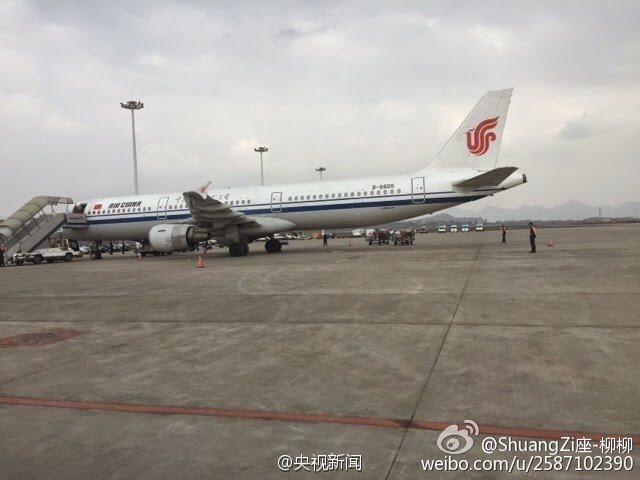 An Air China flight from Nanning, capital of South China’s Guangxi Zhuang Autonomous Region to Beijing, made an emergency landing at an airport in southwest China’s Chongqing on Wednesday afternoon.

Media report police presence at the airport, as well as ambulances and fire engines.

A female passenger surnamed Wang onboard claimed the plane was about to explode, which caused the emergency landing.

The command center at Chongqing airport received the alert report from the flight crew at 13:35 and the plane landed safely at the airport at 14:00.

No suspicious devices had been found on the plane following security searches at the airport.

The suspect had been taken away by police for further investigation in Chongqing and the flight will take off again after security checks, China Central Television reports.