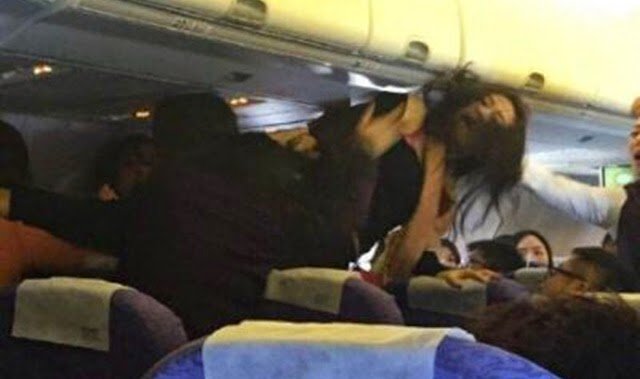 A plane flying from Chongqing to Hong Kong was nearly forced to do an emergency landing after two female passengers got into a physical fight over their seating arrangements.

The dispute was triggered by some passengers who complained about a noisy child in the back, according to the Chongqing Morning News. Passengers in the back then blamed the people in front of them, and from there things escalated.

Two of the female travelers had to be separated and the flight CA433 nearly turned around, back to Chongqing. Upon landing, Hong Kong police were called to the airport to handle the situation.