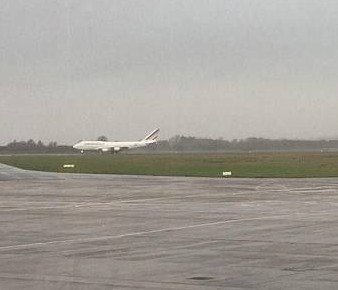 An Air France passenger jet was forced to make an emergency landing in Ireland after a shipment of peppers set off a fire alarm during its transatlantic journey.

The Boeing 747-400 was flying from Santo Domingo in the Dominican Republic to Paris when its flight crew was alerted to a potential fire in the cargo hold.

But it turns out there was no fire at all and the alarm sounded because of the heat from the peppers.

Passengers were delayed for several hours while Air France flew an Airbus A320 to pick them up at Shannon Airport and transport them to Paris.