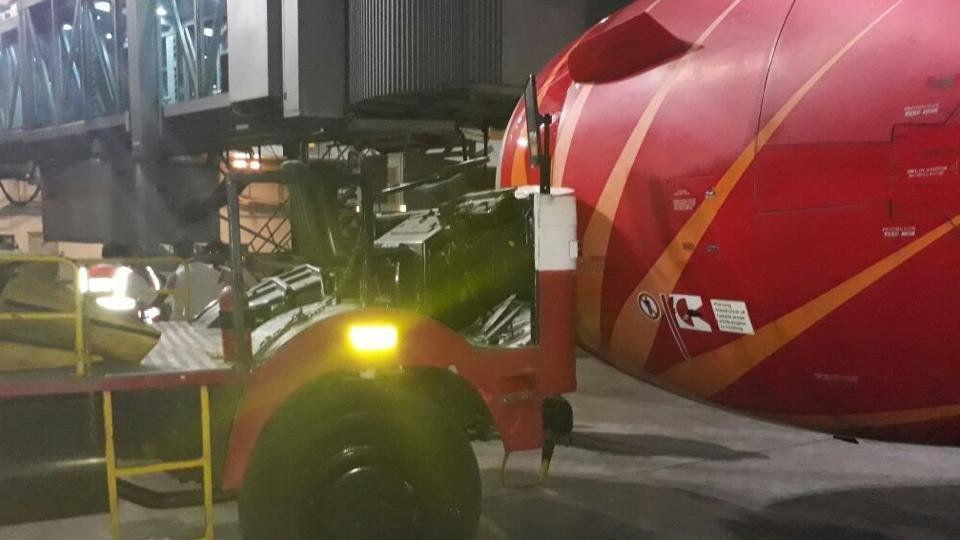 The incident took place around 9.41pm on Friday.

The GCU is ground support equipment, which supplies cold air or hot air into a parked aircraft to maintain comfortable temperatures.

Officials confirmed that engine number 1 on the outboard side of the flight, AI820 from Vadodara to Delhi, hit a parked ground cool unit at bay C33.

With flight traffic at Delhi airport growing at 20% rate each year, the number of such incidents, including planes straying into each other’s paths — on the runway or mid-air has increased too

Last month, on August 9, an Ethiopian Airline’s plane, carrying 196 passengers, hit a parked Air India aircraft at 2.25am at the airport. The Ethiopian Airlines’ plane was parked at bay No. 87 and was being pushed back by a tractor when the incident took place.

The engines of both the aircraft were shut when the wing of the Ethiopian plane’s wing crashed into the wing of Air India plane. Due to collision of wings, Flight ET- 687 was cancelled and 196 passengers were de-boarded. All passengers escaped unhurt.

The airline has constituted a two-member high-level committee to investigate the incident. “The committee will submit the report within seven days. This committee is apart from other committee constituted by other regularity bodies,” said a spokesperson of Air India.