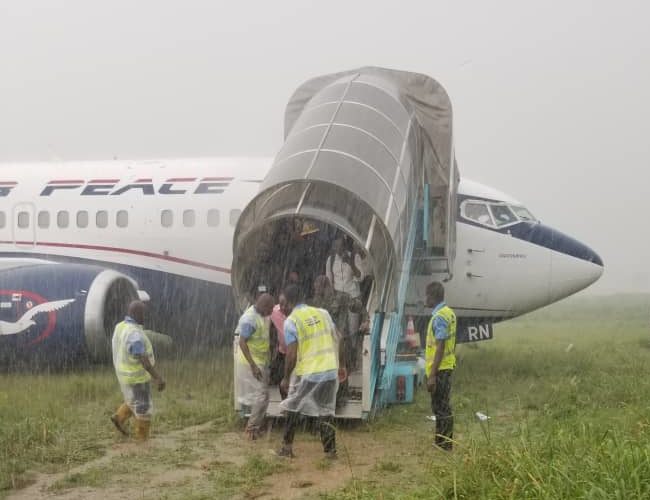 The flight #P47291 was reported to have taken off from Abuja and arrived at its destination at 3.42pm.

87 passengers and six crew members were on board but nobody got injured.

The Chief Operating Officer of Air Peace confirmed “Air Peace Flight P47291 Abuja-Port Harcourt had a runway excursion upon landing at the Port Harcourt International Airport on June 22 due to heavy downpour. Our professional crew quickly recovered within seconds of the incident and the aircraft was successfully normalised.