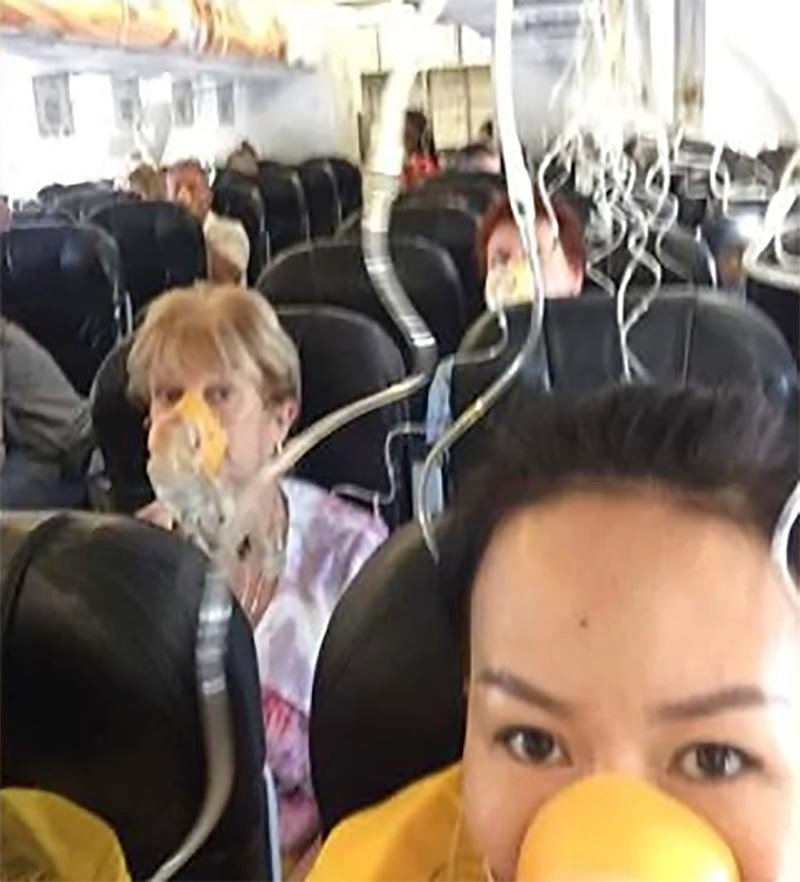 An Indonesia AirAsia flight travelling from Perth to Denpasar with 151 passengers on board was turned back on Sunday morning after a mid-air emergency.

Flight #QZ535 was 25 minutes out of Perth when an indicator alerted the pilot to a loss of cabin pressure.

The pilot made the decision to turn back and emergency services were placed on standby at Perth Airport.

Video from passengers on board showed oxygen masks drop from the ceiling and passengers being told to brace.

The aircraft landed safely at 12:40pm and there were no injuries to passengers.

The flight was cancelled and passengers were re-booked on later flights to Denpasar.

Passengers told Channel Nine they had sent text messages to loved ones fearing they were going to die.

Engineers are tonight examining the aircraft.