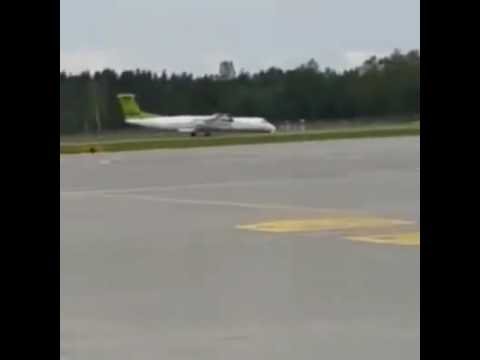 Latvia’s airBaltic plane Bombardier DHC-8 flying from Riga to Zurich on Saturday was forced to return to the Riga airport to perform an emergency landing.

There were 63 passengers on board, including two children and one infant, and four crew members. All passengers have already left the plane and initial reports suggested there were no serious injuries.