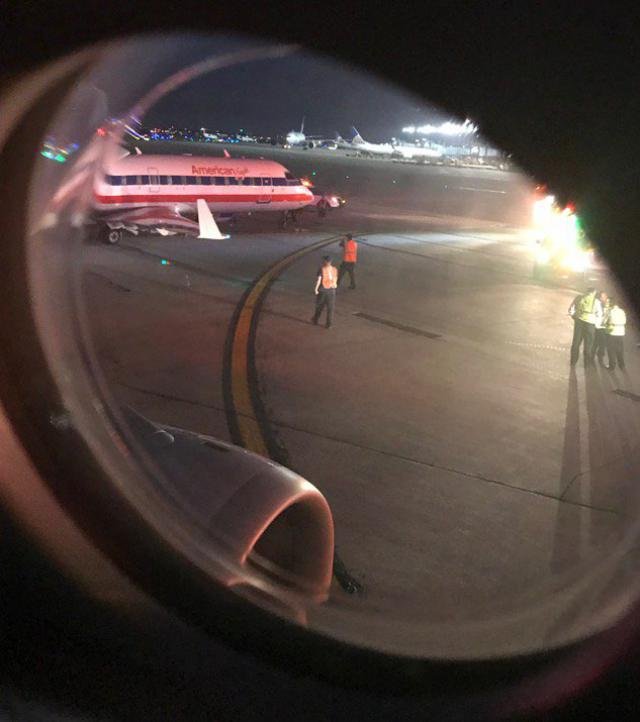 The American Airlines flight was headed to Los Angeles and the SkyWest flight was landing at O’Hare from Rochester, Minnesota.

The Chicago Fire Department and police responded to the scene.
“We apologize to our customers for the inconvenience, and will be rebooking them on a new aircraft to Los Angeles,” American Airlines said.

The American Airlines flight was pushed back to the gate about 8:22 p.m.
The SkyWest flight landed at O’Hare about 8:16 p.m.