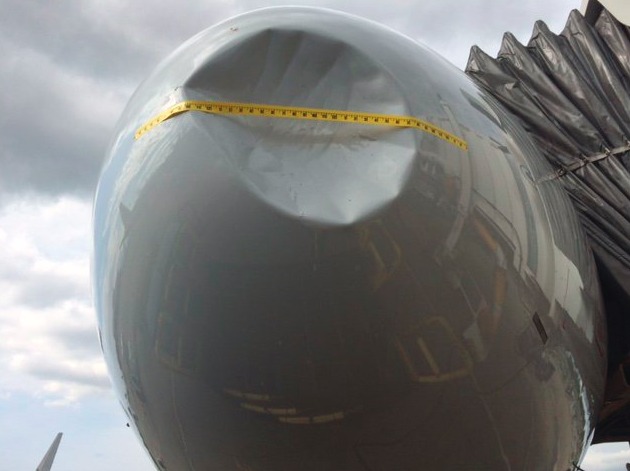 The incident, which occurred shortly after 3:30 p.m. local time, severely damaged the nose of the Airbus 321.
American Airlines said in a statement that Flight 2310, bound for Dallas-Fort Worth International Airport, returned to Seattle “due to a bird strike, which struck the nose of the aircraft.”

Airline spokesman said the plane “landed safely and taxied to the gate.Our maintenance team is currently evaluating the aircraft”. Passengers were transferred to a different aircraft for the flight to Texas.

The pilot told air traffic controllers, “Looks like we hit some birds after takeoff. We’re gonna need to go back and have the airplane looked at,” according ABC News, which cited LiveATC.net.