EMERGENCY American Airlines #AA3167 diverted to St. Louis after 3 people were injured due to severe turbulence 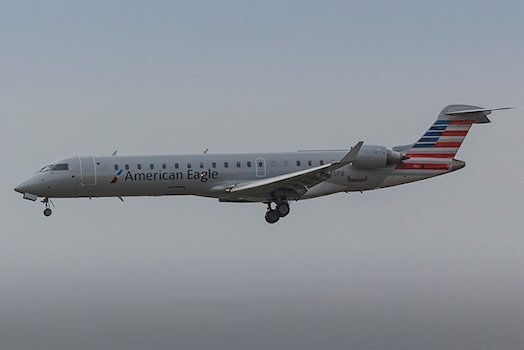 A flight was forced to land at Lambert Airport Tuesday night due to bad turbulence.

Airport officials said SkyWest Airlines Flight AA3167, which was operating under the banner of American Eagle, was on its way from Atlanta to Chicago.

The airport said the plane began to hit severe turbulence, so it was diverted to St. Louis.

SkyWest Flight 3167, operating as American Eagle from Atlanta to Chicago, diverted to St. Louis after it briefly encountered unexpected severe turbulence. The flight landed without incident in St. Louis, where paramedics met the aircraft. A flight attendant and two customers were transported to a nearby hospital for evaluation. The safety of all onboard our aircraft is our primary concern. Both American Airlines and SkyWest are taking care of our passengers and crew at this time.