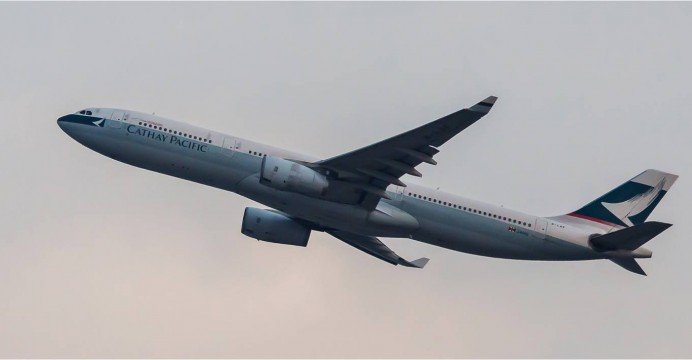 A four-month-old baby girl died on board a Cathay Pacific Airways flight from London to Hong Kong over the weekend, leaving the parents inconsolable.

According to Apple Daily, a Chinese-French couple took Cathay’s CX256 flight from Heathrow Airport on Sunday along with their infant daughter.

The family was planning to take a transfer flight to Changsha in China’s Hunan province, to visit some relatives, after landing in Hong Kong.

The baby’s father was said to be a French national while the mother was Chinese-French.

During the flight from London, the parents asked cabin crew for help after finding the baby unconscious. A passenger, who is a nurse, immediately volunteered to give first aid to the infant.

After reporting the incident to the airport control tower in Hong Kong, the chief pilot decided to make an emergency landing at Almaty Airport in Kazakhstan so that the baby can receive emergency medical treatment.

However, the baby was confirmed dead by paramedics at the airport.