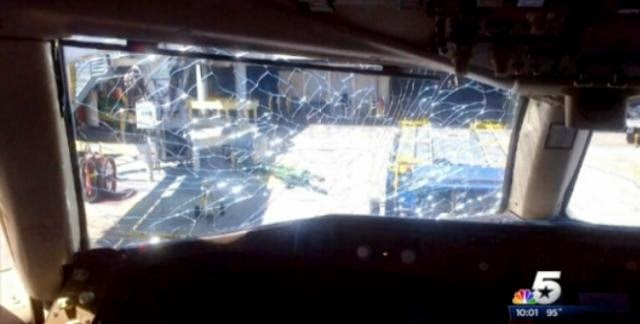 An American Airlines flight was forced to turn around and make an emergency landing after cracks formed in the cockpit’s windscreen shortly after take-off.

After the aircraft landed safely, passenger Glenn Kagan snapped a photograph that shows a spider web of cracks in the left windscreen of the Boeing 757-223.