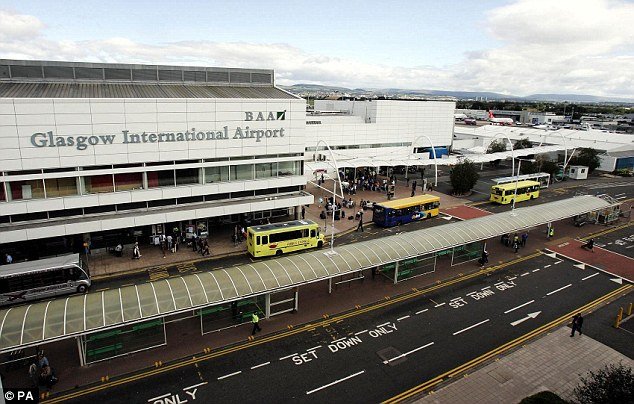 The captain of the KLM aircraft fell unconscious as he was about to leave for Amsterdam in the Netherlands. The crew resuscitated him with the help of a passenger.

The co-pilot of the plane, which had 128 people on board, took the aircraft back to the gate.

The flight was supposed to leave Saturday at around 5pm. Passengers on board had their flights re-booked.

A spokeswoman for KLM said: ‘During taxiing to the runway on this KLM flight to Amsterdam the captain became unwell and the staff treated him with the help of a passenger.

A spokesman for the Scottish Ambulance Service said: ‘We took a call that a man was having a heart attack at Glasgow Airport. We attended the scene and arrived at 5.25pm.’