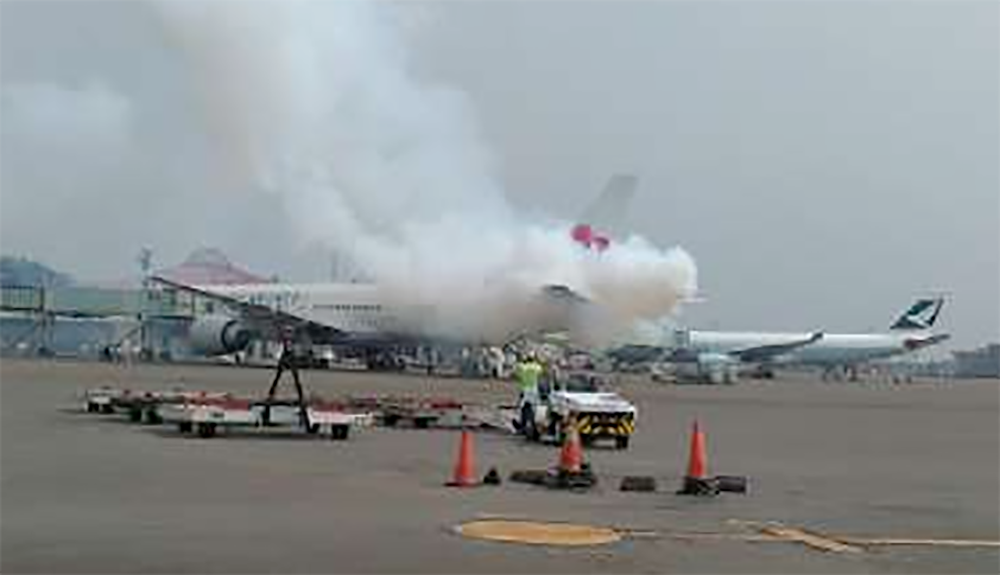 The tail of a China Airlines Boeing 777 was surrounded by smoke today at Jakarta Airport.

A visually spectacular incident due to APU low oil pressure. The aircraft departed later with no other issues.

The auxiliary power unit APU is a device on a vehicle that provides energy for functions other than propulsion. They are commonly found on large aircraft and naval ships as well as some large land vehicles. Aircraft APUs generally produce 115 V alternating current (AC) at 400 Hz to run the electrical systems of the aircraft.